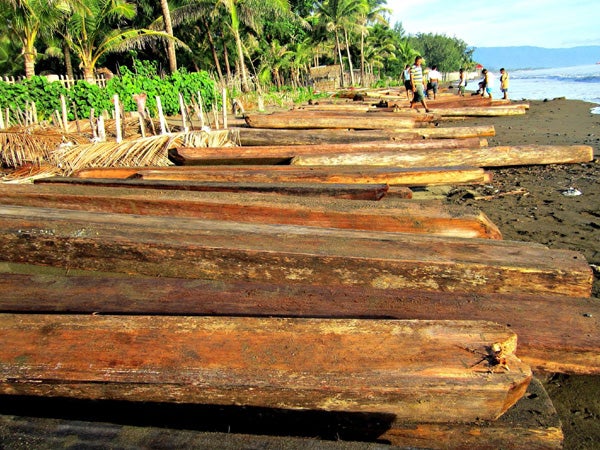 KORONADAL CITY – More than P1 million worth of forest products believed to be from illegally cut timber in the mountains of Sultan Kudarat and Maguindanao were seized by environment officials over the weekend.

About 35,800 board feet of hardwood lumber were seized by the Department of Environment and Natural Resources (DENR-12) anti-illegal logging group from the coastal town of Kalamansig, Sultan Kudarat, on Friday after its owner failed to produce documents and permits showing the cutting of trees were legal.

The lumber, believed to have been from illegally cut trees in the rainforests at the borders of Kalamansig and Lebak towns, both in Sultan Kudarat, were intercepted while being transported to an undetermined destination.

In adjacent town of Datu Blah Sinsuat in Maguindanao, police and the anti-illegal logging unit also seized about 5,800 board feet of illegally cut lumber readied for transport to Cotabato City on Saturday.

The seized forest products are now in the police offices of Datu Blah and Kalamansig.  SFM/rga