PDEA chief’s assurance: No ‘shortcuts’ in war on drugs 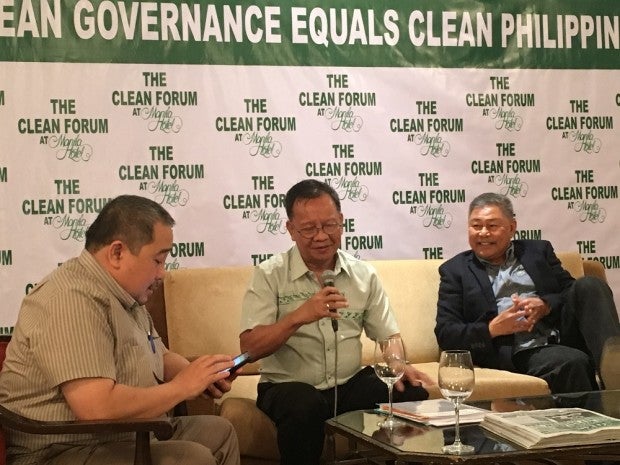 The head of the Philippine Drug Enforcement Agency (PDEA) on Friday denied that the authorities were involved in extrajudicial killings, saying most of those who died in the government’s antidrug campaign were violent suspects who resisted arrest.

“Contrary to public notion that the campaign is promoting extrajudicial killings, PDEA is not in the business to take shortcuts to bring drug suspects to justice,” PDEA Director General Isidro Lapeña said in a statement. “Human life is precious and, as law enforcers, we are duty bound to protect it. Taking human life is not the intent of antidrug operations.”

“These deaths are results of violent actions of drug pushers toward law enforcers during lawful arrests,” he added.

The New York-based Human Rights Watch (HRW) on Thursday released a damning report saying President Rodrigo Duterte and his men were criminally liable for drug war-related extrajudicial killings, which may be considered crimes against humanity.

The report also said the police were involved in the so-called vigilante killings and had planted evidence in crime scenes. It said poor communities were being “terrorized” by the drug killings which appeared to be “systematic.”

But Lapeña said many poor Filipinos were easily lured into illegal drug activities.

“They are the ones caught red-handed selling or possessing illegal drugs and have resisted arrest. We have no other recourse but to use necessary force proportionate to the force they used against us,” Lapeña said.

The Catholic Bishops’ Conference of the Philippines  (CBCP) praised HRW for its report, saying the international community clearly saw “the impunity and the rampant disregard for basic human rights” even as many Filipinos remained silent.

Fr. Jerome Secillano, executive secretary of the CBCP’s Permanent Committee on Public Affairs, pointed out that the carnage targeting small-time drug users and peddlers “only gave the public the idea that the war on drugs is a war against the poor.”

“We do not condone illegal drugs, their proliferation must be stopped. The government should go after dismantling drug groups and halting their operations,” Secillano said.