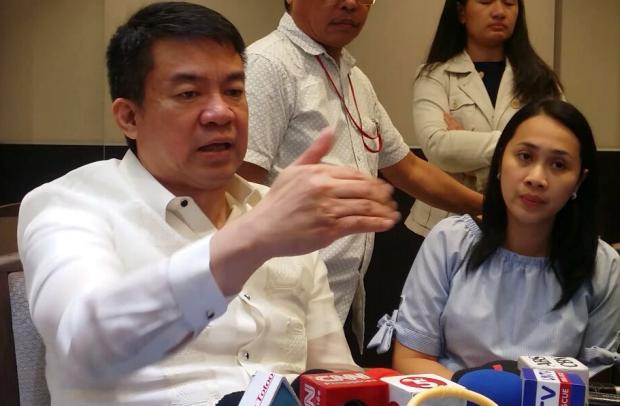 MANILA — Senate President Aquilino Pimentel III has urged the National Telecommunications Commission (NTC) to require telecommunications firms to adopt the Mobile Number Portability (MNP) system, under which subscribers may seamlessly transfer among providers without giving up their mobile numbers.

During discussions on the proposal to renew the legislative franchise for Smart Telecommunications Inc., Pimentel said the MNP would encourage competition among telecommunications firms and compel them to improve their services.

“We have to institute measures that will remove the hurdles to real competition so that we are not held hostage by telco providers,” Pimentel said in a statement.

He said the system has been in place in the United States since 2003 and has also been adopted in other parts of the world such as Australia, Canada, France, Germany, Hong Kong, Thailand, Malaysia, Singapore and Vietnam.

Sen. Grace Poe, meanwhile, on Wednesday brought the franchise renewal measure to the Senate floor, seeking to allow Smart’s operations by another 25 years.

This even as Poe pointed out the telecoms giant’s problematic service, which she vowed to discuss in separate public hearings.

At the regular session Wednesday afternoon, Poe, chair of the Senate committee on public services, recommended the approval of House Bill No. 4637, the House version of the franchise renewal, with consideration of its counterpart Senate Bill No.1302.

As Smart’s franchise is set to expire  by March 27, Congress has only two weeks to approve the bill before going on break.

The report of Poe’s committee secured the signature of 15 senators amending for extension purposes Republic Act No. 7294, which had granted Smart a 25-year legislative franchise in 1992.

Among the committee’s amendments was a provision mandating Smart to “give priority to improving and extending its services in areas not yet served, and in hazard- and typhoon-prone areas that shall be determined by the National Disaster Risk Reduction and Management Council in coordination with the National Telecommunications Commission.”

New provisions also tasked the telecommunications giant, which commands an estimated 56 million subscribers nationwide, “to improve and upgrade its equipment, facilities and services” to ensure compliance with the Free Mobile Disaster Alerts Act,” of which Poe was principal sponsor.

The law requires mobile service providers “to send out free text alerts in the event of any impending natural disaster and prescribes penalties for non-compliance.”

Poe, however, expressed regrets that service issues were not discussed during committee hearings as they were outside the scope of discussions on the legislative franchise.

“But unfortunately these do not fall within the ambit of a legislative franchise. It is a function of regulation, and today these are proof of failed or feeble regulation,” she said.

She vowed to discuss these under a separate legislation.  SFM