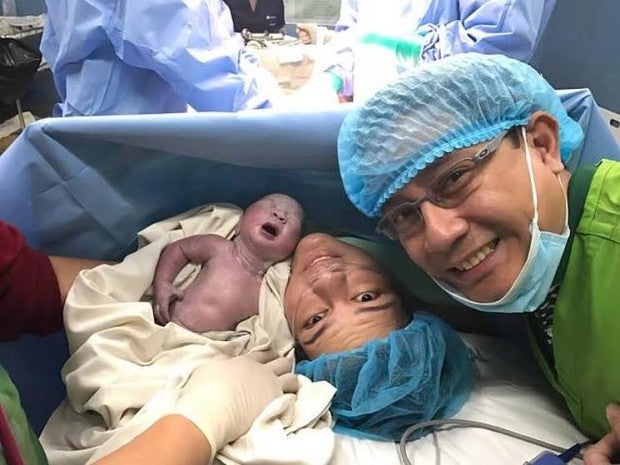 When her pregnancy – through In Vitro Fertilization – was confirmed in July 2016, the mayor said she and her family were expecting triplets and that she was taking a three-week leave of absence.

But a few weeks later, she announced that she had lost two of the babies.

The mayor said that her doctor confirmed the “fetal demise” of the two.  “When I went for a check up last Monday, the doctor said the identical twins didn’t have heartbeats anymore,” Duterte, one of President Duterte’s two daughters, said in September.

Duterte and her husband have two other children, Sharky and Stingray.  SFM/rga