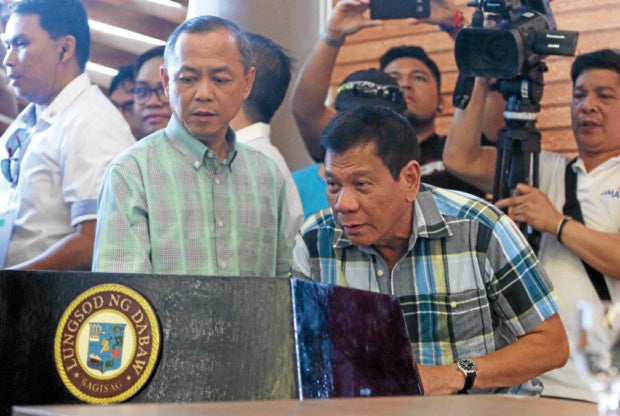 Laviña said he “quietly left the government” amid rumors that he had asked money from NIA contractors, which he denied.

“I have been vilified in the past; my name used, abused and maligned. Recently, there had been efforts to discredit me again. There are rumors circulating that I have asked money from NIA contractors. These are not true!” Laviña wrote in a Facebook post.

“To spare the President from these embarrassing stories, particularly in these times of intensified attacks on him, I have quietly left government. I have neither personal vested interest in it nor ill intent towards NIA and the whole government, which we are trying to reform,” he said.

READ: Duterte to go after corrupt execs next

Duterte appointed Laviña as NIA head in November last year. Laviña’s wife Evelyn was also tapped by the President as one of the undersecretaries of the Department of Agriculture.

Laviña said he never betrayed Duterte’s trust and thanked the President for the opportunity to serve in government.

“I have proven in the past that one need not be in government to do public service or work for the common good. I will likely continue to do so in media, civil society and the business sector where I have been involved before. May the Lord continue to light our paths. God bless us all. This is your water boy, signing off!” he added.

Before his stint as campaign spokesman, Laviña served as special assistant to then Davao City Mayor Duterte and elected councilor of the city.

INQUIRER.net has sought Malacañang’s comment on the matter but has yet to receive a response as of writing. IDL