Trump fans stood by their man despite untruths—study 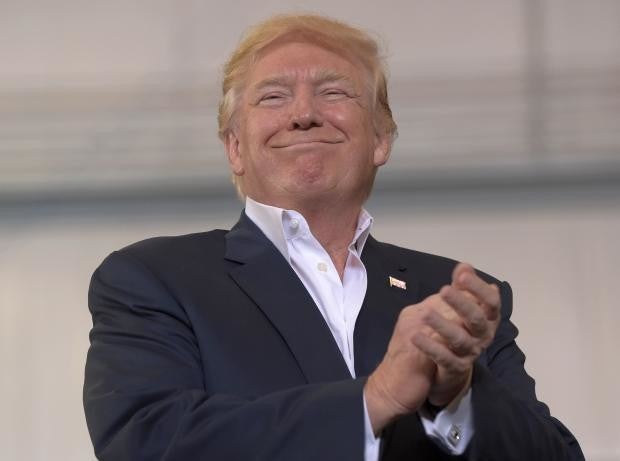 PARIS—Donald Trump supporters remained steadfast at the voting booth even after acknowledging that some of his statements were untrue, experiments conducted during the US presidential campaign revealed on Wednesday.

Republicans were more likely to believe a statement — factual or false  — if it was attributed to Trump, while Democrats showed the opposite bias, according to a study in the journal Royal Society Open Science.

That was hardly surprising, the researchers said.

But even when participants of both political persuasions changed an erroneous view after being confronted with the correct answer, they often quickly gravitated back to their original view.

The experiments, conducted in November 2015 and July 2016, provide scientific evidence for something that became obvious after Trump gained the White House, the study concluded: “spreading falsehoods does not discredit character”.

Trafficking in “misinformation did not hinder [Trump’s] candidacy, and even if misinformation was exposed, this did not reduce voting preference or positive feelings”, the study found.

A wealth of research shows that people disagree on what is true or not depending on their political loyalties.

Many people think unemployment, inflation and crime rates are lower, for example, when their preferred party is in power.

But the recent US election suggested the gap may be even bigger than once suspected.

A case in point: Trump’s oft-repeated assertion that the US murder rate is at its highest level in 47 years, which continues to be cited by his supporters as fact even though it has been thoroughly debunked.

But how people’s brains manage to deal with such disparities between reality and personally-held views is still poorly understood.

Researchers led by Briony Swire at the Massachusetts Institute of Technology (MIT) designed twin experiments to explore how much people rely on the credibility of a source in deciding whether something is true or not.

In the first test, they presented 2,000 volunteers with eight statements — four true, four false — made by Trump during the campaign.

The participants graded each statement as true or false on a scale of one to ten, before being told the right answer and given a chance to revise their opinion.

Both Republican and Democrat supporters were willing in many cases to change their minds when corrected, the team found.

But it didn’t last long.

“After a one-week delay, participants partially ‘re-believed’ in the misinformation, and partially forgot the factual information that was true,” the researchers said.

“Explanations regarding both fact and fiction seemingly have an expiration date,” they noted wryly.

In the second experiment, seven months later, nearly 1,000 different volunteers were presented with true and false statements Trump had made on the campaign trail, and asked to rate their veracity on the same scale.

This time, however, all the statements were attributed to the candidate, and the same explanations as to why they were valid or not were alternately attributed to one of three sources: Republicans, Democrats or a “non-partisan fact-checking website”.

Volunteers were again asked whom they would vote for.

“Trump supporters did not change their voting intentions even if they altered their beliefs about the truth of his statements,” the study found.

“This study contributes one further piece of the puzzle as to why Trump’s success has been sustained,” the researchers concluded.