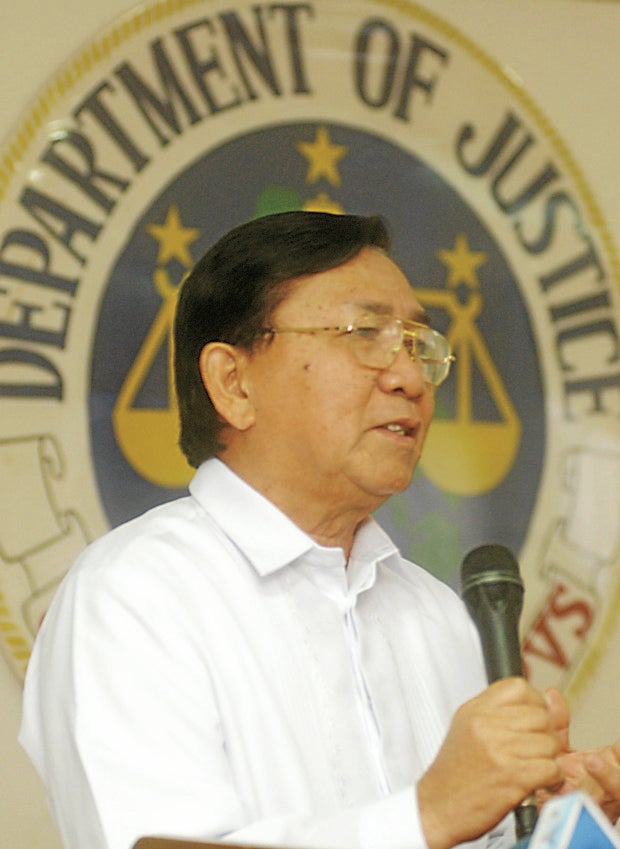 Engr. Zamsamin Ampatuan, mayor of Rajah Buayan, Maguindanao, said Datumanong, also former governor of Maguindanao, expired at 9:25 p.m. Tuesday at the Philippine Heart Center where he has been confined the past two weeks.

“I am deeply sad to inform one and all. I just had a talk with Ate Sigrid (Datumanong’s wife) that our beloved Simeon Ampatuan Datumanong had rested in peace,” Mayor Ampatuan said in his Facebook page at 10:45 p.m.

Datumanong will be laid to his final resting place in Shariff Aguak town in Maguindanao on Wednesday.

Ampatuan said Datumanong had a comatose and at certain point appearing to recuperate. “But then, this evening, he had lost the battle for his life,” he said.

Datumanong, born June 17, 1935, was a Filipino-Muslim politician who held different government positions including as a Representative of the lone district of Maguindanao in the House of Representatives of the Philippines.

He finished elementary as the class valedictorian at Cotabato Central School in Cotabato City on 1949. He was the first honorable mention when he finished his high school studies at Cotabato High School.

Right after finishing high school, he took up Bachelor of Laws at the University of the Philippines. He was admitted to the Bar on 1959.

In 1992, Datumanong was elected to the Philippine House of Representatives to represent Maguindanao’s Second District. He served until 2001 when he was appointed by President Gloria Macapagal-Arroyo as Secretary of Public Works and Highways.

In 2003, he was Secretary of Justice and served until his resignation in the same year. He was reelected to the Philippine House of Representatives in 2007.