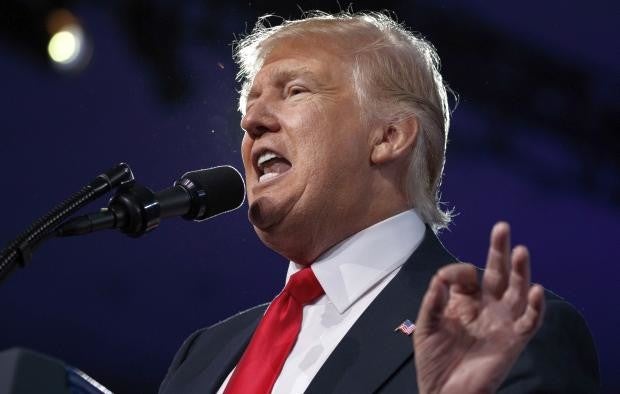 WASHINGTON —President Donald Trump says he believes President Barack Obama is behind some of the protests against Republican lawmakers across the country.

In an interview with Fox News Channel’s “Fox & Friends” that aired Tuesday, Trump responded to a question about the protests, saying, “I think that President Obama is behind it, because his people are certainly behind it.”

He adds that he thinks Obama loyalists are also behind White House leaks.

He says he’s not surprised, saying “I’m changing things that (Obama) wanted to do.” Trump said he’s tougher than Obama in terms of his efforts to deport anyone living in the country illegally.