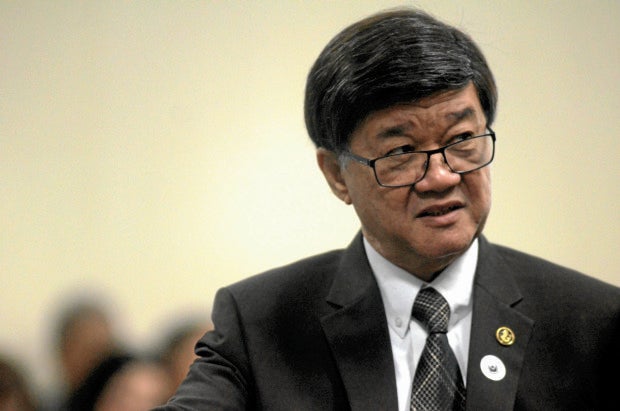 Lalaine Martinez, who claimed a P100-million bribe was offered to the witnesses to recant their testimonies against Sen. Leila de Lima, did not seek treatment for her bullet wound after she was “ambushed” in Makati City on Friday, Justice Secretary Vitaliano Aguirre II said on Monday.

But her narration of the incident raised more questions as the Makati police had already denied that Martinez was attacked at the Santa Ana race track, now called Circuit Makati, as she had insisted.

Martinez is the wife of convicted kidnapper Noel Martinez, one of the high-profile inmates at New Bilibid Prison who had testified against De Lima in the House inquiry into the narcotics trade in the state penitentiary.

Aguirre told a radio interview on Friday morning that Lalaine Martinez was ambushed, only to be told later that the police did not receive any information regarding the incident.

On Monday, the Department of Justice (DOJ) released to the media photos of a bloodied Martinez alighting from her vehicle and the bullet hole on the windshield of her car, which was taken to the DOJ.

Reporters, however, noticed that the bullet hole as shown in the photo had more cracks than the actual damage on the car’s windshield.

“The ambush is real. I am no liar,” Aguirre said in a statement.

Aguirre explained that the police had no record of the incident because Martinez had opted not to report the ambush to the authorities.

“Actually, she informed me over the phone that she was ambushed and that she was waiting for the policemen to arrive. Maybe she changed her mind and decided not to report it,” the justice secretary said.

Instead of going to the hospital, he said Martinez decided to “self-medicate” her gunshot wound.

Asked whether he personally saw her bullet wound, Aguirre said: “I did not because I was not at the NBI (National Bureau of Investigation). But maybe they took photos of it.”