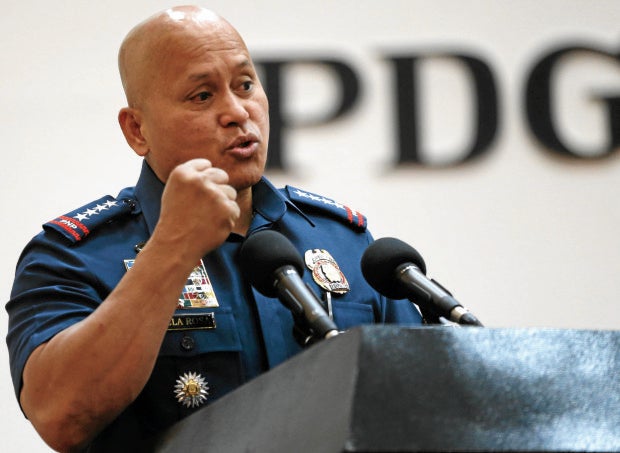 Philippine National Police Director General Ronald “Bato” dela Rosa on Monday dismissed accusations that he authorizes the extrajudicial killing of drug suspects through his memorandum on war against illegal drugs.

Dela Rosa said that when he used the word “neutralization” in the memo, he actually meant to “arrest” or other legal means to stop drug syndicates from committing crimes.

“Neutralization does not mean to kill. The meaning of neutralize is to stop them from continuing with their nefarious activities,” Dela Rosa said in a media briefing.

“It is the only circular of the PNP that I know that uses the word ‘neutralization’ five times and uses the term ‘negation’ twice in reference to illegal drug personalities,” Diokno said at the DLSU forum on war on drugs and human rights last week.

Some 7,000 drug suspects have been killed since President Duterte waged an all-out campaign against illegal drugs, a move denounced by international and local human rights activists but widely supported in public opinion surveys in the Philippines.

Diokno said the term “neutralization has no counterpart in law.” He noted that the circular does not call for the arrest of drug suspects.

“It does not call for their prosecution or conviction but their neutralization and in police parlance, neutralization only means one thing. And that is to kill,” Diokno said.

“If people [tell] me the government is not sanctioning war on drugs; it is not allowing extrajudicial killings—I have a very short and simple answer to them. Just open PNP Circular 16-2016 and you will see that it does expressly authorize the taking of the law into their hands and the killing of people without the benefit of any due process,” Diokno said.