Death penalty bill to be limited to drug-related offenses—Umali 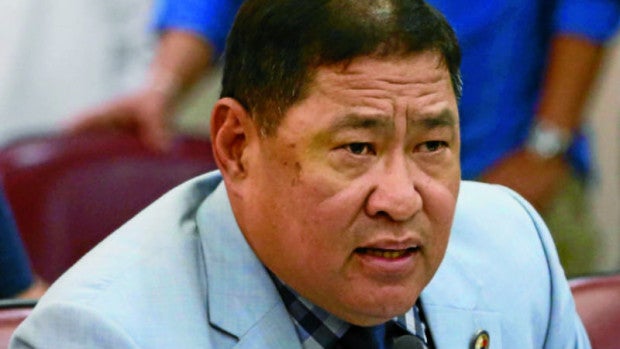 The bill seeking to restore the capital punishment will only be limited to drug-related offenses such as sale and trade of illicit drugs in a bid to consolidate more numbers to pass the bill.

This was the consensus made after the caucus of the “super majority” in the House of Representatives Monday afternoon attended by at least 50 majority lawmakers.

In an ambush interview with reporters, Oriental Mindoro Rep. Reynaldo Umali, the chairman of the House justice committee, said the bill will now be limited to drug-related offenses.

This means the bill will no longer punish the crimes of plunder, treason and rape with death.

“We agreed that the bill be limited to drug-related heinous crimes. Tanggal na ang (we have removed) treason, plunder and rape,” Umali said.

Umali said it will be easier to pass the death penalty bill, now under second reading period of amendments on the plenary, if it is limited to drug-related offenses.

The House leadership railroaded the conclusion of the death penalty plenary debates to give way for the period of amendments in a bid to ensure the prompt passage of the controversial bill.

“It’s more on getting the consensus of the group. It became easier when we limited it to just one crime,” Umali said.

Umali said several lawmakers who were opposed to the bill had let go of their misgivings now that the bill is limited to drug-related offenses.

“We want a democratic process. We consulted members. At the end of the day, when we limited it to drug-related heinous crimes, the lawmakers who had misgivings felt better about the bill,” Umali said.

He said limiting the bill to drug offenses is one way of getting a headway in the restoration of the death penalty, adding that it would be easier to present fact and figures on the drug situation to support  the reimposition of capital punishment.

“It will be a lot easier to present facts and figures reimposing death penalty for drug-related heinous crimes… The whole point is we get a headway in the reimposition of the death penalty,” Umali said.

The majority caucus initially wanted to remove plunder from the list of heinous crimes, raising criticisms of conflict of interest by lawmakers who do not want to punish with death the non-bailable offense against public officials accused of earning at least P50-million in ill-gotten wealth.

But the caucus again returned plunder after Speaker Pantaleon Alvarez refused to remove the offense from the bill.

The bill however stated that the death penalty should not be imposed on children below 18 years old or senior citizens over 70 years of age at the time of the commission of the crime. The penalty to be imposed on convicts are hanging, firing squad and lethal injection. The bill will also allow the judge the leeway to determine whether to impose death penalty or life imprisonment. JE