Iligan City Rep. Frederick Siao (Photo from the official website of the House of Representatives at www.congress.gov.ph)

A total of 18 cases for violation of Section 3(e) of Anti-Graft and Corrupt Practices Act were filed at the Sandiganbayan against Cruz and 11 former councilors, including Siao.

Prosecutors said he directly negotiated an agreement with the Kiwalan Lumber Company on August 21, 2004, later followed by a December 30, 2008 “amended/supplimental (sic) agreement” and a March 13, 2013 “contract of lease [extension]” with successor-in-interest Salvatori Development Corp.

The officials and stockholders of both KLC and SDC, including company representative Amador Lluch, belong to the Lluch family, to whom Cruz was related.

While the nine-year contract in 2004 fixed the rent at P3 per square meter, the amended contract in 2008 increased it to P9 per sq m for half the land and P6.60/sq m for the other half. It also provides for the rates to increase annually through a 10% escalation clause. 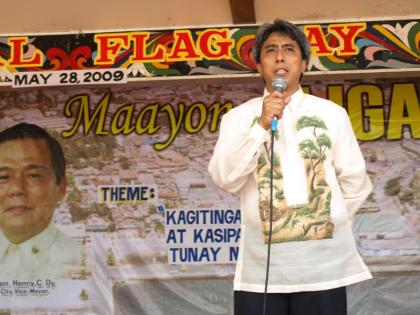 The absence of public bidding “effectively deprived the Iligan City Government of the chance to obtain the best, if not the most reasonable price,” according to the charge sheets signed by Graft Investigation and Prosecution Officer III Anna Francesca Limbo.

The charges accused Cruz and the councilors of extending preferential treatment to KLC and SDC by enabling them to reap “unduly obtained rentals earned from the aforesaid lease paid for by public funds” at the government’s expense.

The charge sheets carry a bail recommendation of P30,000 for each count of graft.

City Administrator Dexter Sumaoy, who initiated the complaint before the Office of the Ombudsman, is set to testify as a prosecution witness.  SFM/rga