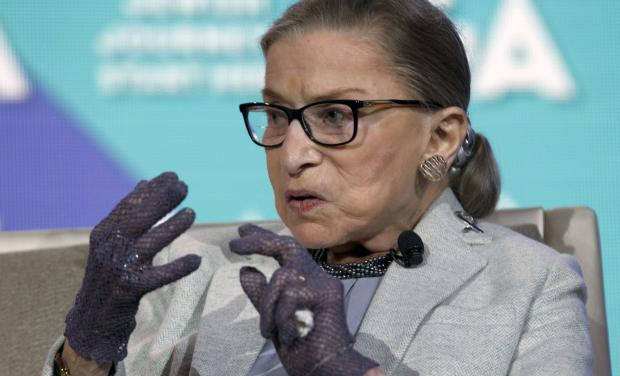 In this photo, taken Nov. 14, 2016, Supreme Court Associate Justice Ruth Bader Ginsburg speaks at The Jewish Federations of American conference in Washington. She is the leader of the court’s liberal wing. (Photo by JOSE LUIS MAGANA/AP)

WASHINGTON, DC — Supreme Court Justice Ruth Bader Ginsburg is praising the media at a time when the Trump administration has accused reporters of being dishonest and delivering “fake news.”

Ginsburg tells the BBC’s “Newsnight” program in an interview Thursday that she reads The Washington Post and The New York Times every day, and that “reporters are trying to tell the public the truth.”

The 83-year-old justice isn’t commenting directly on President Donald Trump, but says she was encouraged by the women’s march protesting his election. She says the United States is “not experiencing the best times but there is reason to hope that we will see a better day.”

Ginsburg was openly critical of Trump in media interviews before his election. She later said she regretted her “ill-advised” comments.