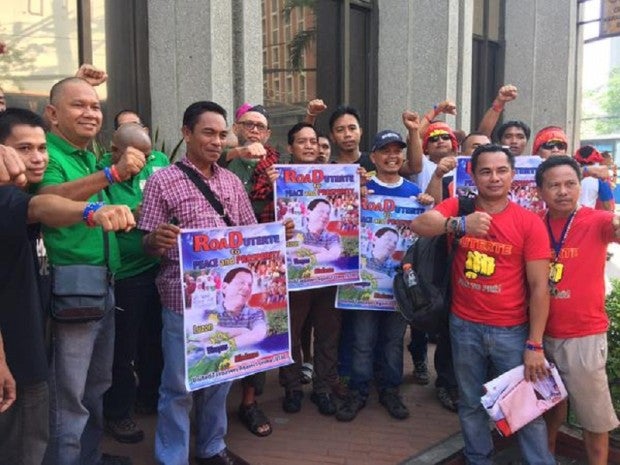 This file photo from 2016 shows the supporters of then Davao City mayor Rodrigo Duterte urging him to run for President. The same groups that helped him win the presidency will hold rallies in Rizal Park or Luneta in Manila, Davao City and other parts of Mindanao and in various countries in a show of force on Feb. 25. (RADYO INQUIRER FILE PHOTO)

DAVAO CITY – Pro-Duterte rallies and other activities will take place here and in some places abroad on Saturday, in an apparent show of force by supporters of President Rodrigo Duterte amid the perceived attacks against the Chief Executive

Constancio Tiongco, vice president for Southern Mindanao of the Mayor Rodrigo Roa Duterte National Executive Coordinating Committee (MRRD-NEC), one of the groups that worked in the Duterte presidential campaign, said the rally at the Rizal Park here would be synchronized with the larger rally to take place in Manila’s Rizal Park or Luneta.

“We decided to stage the rallies to counter the expected tirades against the President by his political enemies on February 25,” Tiongco said.

He said they received reports that anti-Duterte forces would make noise on Saturday, during the commemoration of the 1986 Edsa Revolution, by demanding the ouster of the President.

“We cannot just sit down and watch while these people criticize our President,” Tiongco said by phone.

The rally here on Saturday has been personally endorsed by Presidential daughter and Mayor Sara Duterte on social media. She had shared a poster announcing the event on Facebook and Instagram.

Tiongco said those who would attend the rally should wear blue or red, the campaign color of the President.

On social media, Duterte supporters have been urged to attend the rallies or participate in the motorcades nearest them. They were also urged to use hashtags such as #UnitedDDS or #ProtectPRRD.

Other venues of the rallies in “defense of Philippine democracy against forces of narcopolitics” in the country included Cebu City.

Similar activities were also scheduled to be held in Tokyo, Macau, Dubai, London, Madrid, Toronto, Paris, and Hong Kong, according to a post shared on pro-Duterte Facebook pages.  SFM 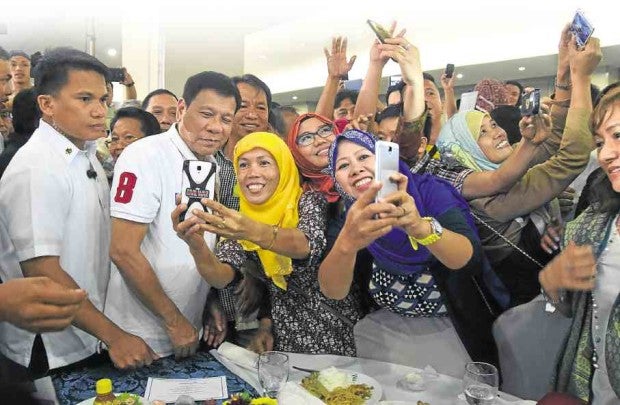 Supporters of President Duterte take selfies with him. (MALACAÑANG PHOTO)