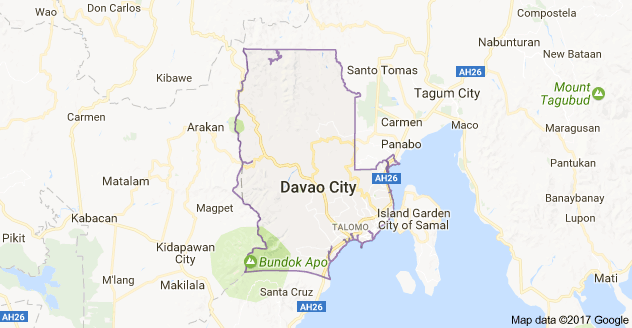 The tremor, which was of tectonic origin, occurred at around 9:50 a.m. and was centered some 9 kilometers northwest of Davao City at a depth of 15 kilometers, the Philippine Institute of Volcanology and Seismology (Phivolcs) said.

It was felt in Compostela Valley and Davao del Norte provinces, as well as in the cities of Tagum, Panabo and Davao.

Quakes of such magnitude and depth are not expected to cause damage, according to Phivolcs.

But in Davao City, two persons were injured when a decades-old waiting shed along Quirino Avenue collapsed during the quake.

Injured were Maria Teresa Pusta, 43, and Fe Yu, 66. They were waiting for a jeepney ride when the quake struck.

“I’m already 45 years old. The shed was already there when I was a first grader at this schoool,” Montilla said, referring to the Palma Gil Elementary School.

The waiting shed is located just outside the school.

The city government of Davao has ordered its Engineering Department to inspect all public structures for cracks and safety.

Jeffrey Tupas, the city information officer, said the local government would extend assistance to the injured.

The Philippine sits on the region called the Pacific Ring of Fire where continental plates collide, causing frequent quakes and volcanic activity.

Early this month, a magnitude-6.7 earthquake struck Caraga region, causing massive damage in the city of Surigao and killing or wounding over 120 people.  SFM/rga