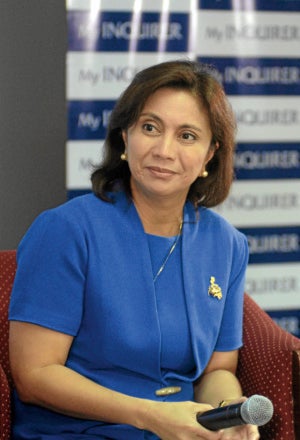 MANILA — Vice President Leni Robredo on Thursday described as “unprecedented in its gravity” the allegations made by retired policeman Arturo Lascañas against President Duterte who allegedly ordered the bloody hits of the dreaded Davao Death Squad (DDS).

“The imputation of such monstrous crimes to the President is unprecedented in its gravity, and can no longer be brushed aside by mere denials,” Robredo said in a statement.

Robredo threw her support behind a “thorough, independent, and credible” Senate investigation into the allegations made by Lascañas, who retracted his earlier denial that he was part of the DDS.

Lascañas was implicated by DDS whistleblower Edgar Matobato at the Senate hearing into extrajudicial killings in October last year.

The former policemen, however, turned around and on Monday launched an exposé against Mr. Duterte while flanked by prominent human rights lawyers Jose Manuel “Chel” Diokno, Arno Sanidad, and Alexander Padilla.

The three lawyers are part of the four-decade-old Free Legal Assistance Group (FLAG).

Robredo said that the confession of Lascañas, which corroborated the testimony of Matobato “on the existence and operations of the Davao Death Squad is a matter for great alarm and concern.”

“Accusations of bribery to media and ouster plots can no longer work and the fact that both witnesses have come forward to accuse the most powerful man in the country, possibly at great risk to themselves, requires that their claims be taken seriously and be given careful consideration,” she said.

“A thorough, independent, and credible investigation by the Senate into these charges must be promptly pursued, with the full support and cooperation of the President and his administration,” the Vice President added.

She urged the “public to remain vigilant in the face of these alarming developments.”

“We must unequivocally demonstrate that we are still a nation governed by the rule of law and that we will exhaust all efforts to arrive at the truth,” Robredo said.  SFM/rga