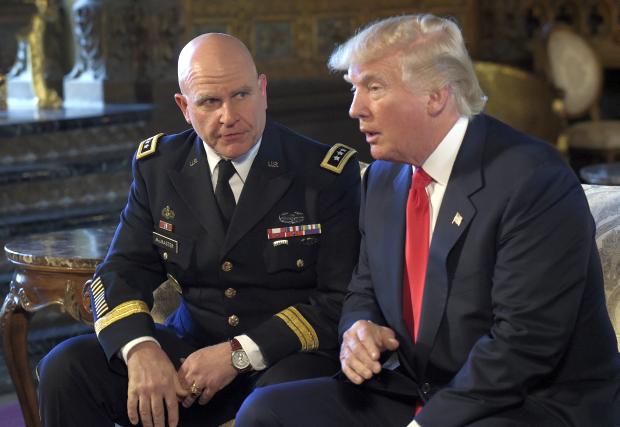 WASHINGTON, DC — President Donald Trump’s choice of an outspoken but non-political Army general as national security adviser is a nod to pragmatism, but Lt. Gen. H.R. McMaster will serve a commander in chief with unorthodox ideas about foreign policy and an inner circle of advisers determined to implement them.

McMaster, 54, is an independent-minded soldier widely admired for his leadership skills, but he is short on experience in Washington’s trenches. His appointment reinforces the more mainstream approach to security that Trump is getting from Pentagon chief Jim Mattis, who seems to have steered the administration toward stronger support for NATO and allies in Asia, and away from the reauthorization of torture in interrogations.

Still, it’s an open question how McMaster, a decorated combat veteran, will fare in a White House that has set up what some call a parallel power structure led by Stephen Bannon and his strategic initiatives group, whose role and reach hasn’t been publicly explained. As Trump’s chief strategist, Bannon, the conservative media executive with outspoken views about Islam, has a seat on the National Security Council’s principals committee in a restructuring that puts him on equal footing with Cabinet members like Mattis and Secretary of State Rex Tillerson.

Peter R. Mansoor, a retired Army colonel who served with McMaster in Iraq during the 2007 surge of US troops, said Bannon’s inclusion on the principals committee shows his group “has an outsized measure of importance within the White House.” What that means for McMaster and fellow pragmatists Mattis and Tillerson, he said, is unclear. Mansoor said he expects McMaster to be a “voice of reason” and a natural ally to Mattis.

McMaster convened a meeting with senior NSC staff on Tuesday, his first day in the White House. He did not make any immediate changes to the NSC’s senior team and most top officials were expecting to stay on, according to an administration official who was not authorized to discuss the internal meeting publicly and insisted on anonymity.

As successor to Michael Flynn, ousted for his explanation of his communications with Russia’s ambassador before Trump took office, McMaster continues Trump’s reliance on career military officers. Mattis and John Kelly, the homeland security secretary, are retired Marine generals. Flynn was an Army lieutenant general. McMaster becomes the first active-duty officer to serve as national security adviser since Colin Powell, then a three-star general, assumed the job in President Ronald Reagan’s final two years in office.

Powell went on to grab the military’s top job as chairman of the Joint Chiefs of Staff.

Robert Harward, a retired three-star admiral, was Trump’s first choice to replace Flynn but turned down the offer.

The national security adviser has a special role within the government, working directly with the president but not subject to confirmation by the Senate. McMaster will advise Trump and serve as his coordinator of foreign and defense policy.

He will approach matters differently than Flynn, who was a contentious figure before Trump appointed him. After being fired as head of the Defense Intelligence Agency in 2014, Flynn publicly lambasted the Obama administration as soft on Islamic extremism. During the 2016 president campaign, he delivered a harsh, partisan denouncement of Democrat Hillary Clinton at the Republican National Convention.

Trump says he fired Flynn for misleading Vice President Mike Pence on the nature of his pre-Inauguration Day phone conversations with the Russian ambassador in Washington. Flynn unsettled others by asserting that Islamic extremism posed an existential threat to the West and that the Muslim faith was the source of the problem.

McMaster comes into the job without Flynn’s baggage or such controversial views. It’s unclear if he will need Senate confirmation because he is a three-star general taking on a new assignment.

“He absolutely does not view Islam as the enemy,” Mansoor said, adding that McMaster believes that in the war against extremism, “we need to have Muslim nations on our side, on the side of moderation.”

“So I think he will present a degree of pushback against the theories being propounded in the White House that this is a clash of civilizations and needs to be treated as such,” he said.

McMaster will immediately encounter Trump’s proposed ban on travelers from seven majority-Muslim nations, which has been stymied in court. Both the Pentagon and the State Department are pushing to have Iraq removed from that list of seven, officials say, noting that Iraq is an ally in the fight against the Islamic State group and that Iraqis have long served in support of US forces there. It’s an example of the more pragmatic foreign policy push led by Mattis and Tillerson.

McMaster has a reputation for speaking truth to power. In his 1997 book, “Dereliction of Duty,” McMaster leveled stinging criticisms at the US military establishment for failures during the Vietnam War. His outspokenness almost derailed his career. As a colonel with an exceptional combat record he was passed over for promotion to brigadier general twice before Gen. David Petraeus intervened on his behalf.

“He is very forceful in stating what he believes and had managed to ruffle quite a few feathers in the process,” said Stephen Biddle, a George Washington University professor.

“Of all incoming presidential administrations, this one does not strike me as one of the most open to opinions that might contradict the president,” Biddle said. “Will a guy who is willing to speak truth to power, and do so in a forceful way, be able to be effective in this setting?” –Robert Burns