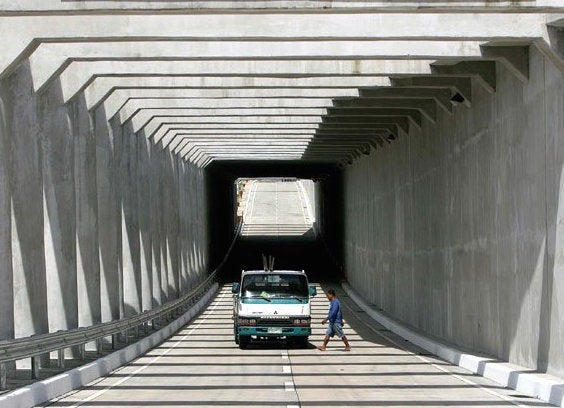 LUCENA CITY, Quezon – The Department of Public Works and Highways (DPWH) is set to start the P230 million underpass road project along the Maharlika Highway diversion road in the outskirts of the city to decongest traffic in the Manila-Bicol route.

“With the completion of the underpass, at least 70 percent of the daily motorists, most of them Manila-Bicol-bound, will no longer stop at the intersection and continue their travel unhampered,” Nestor Cleofas, DPWH-Lucena City district engineer, said in a briefing during the project groundbreaking ceremony Tuesday morning.

Cleofas said the project would help decongest the heavy flow of motorists from Manila to Bicol and vice versa.  Heavy traffic has oftentimes created a chokepoint at the intersection of the diversion road and the Lucena-Tayabas road in Barangay Gulang-Gulang even after a road widening.

Cleofas said the 419-meter long underpass road would start after the Dumacaa bridge and end before the approach of the Iyam bridge. Lucena is wedged between the Dumacaa on the east and the Iyam on the west.

The stream of public utility buses coming from the nearby Lucena grand terminal where several government offices are also located contribute to the daily volume of motorists that pass the intersection.

Villar said the project would be only one of DPWH initiatives to decongest the traffic and speed up the flow of motorists in all parts of the country.

“From north to south, the government will be constructing more than 200 diversion roads nationwide”, Villar said.

Cleofas said the first phase of the underpass road project with a budget of P100 million would be completed in eight months.

“If the remaining P130 million of the project fund will be immediately released, this underpass road project will be finished in the middle of next year,” he said.  SFM