Abad Santos, acting Commonwealth president, gets proper honors in place where he died 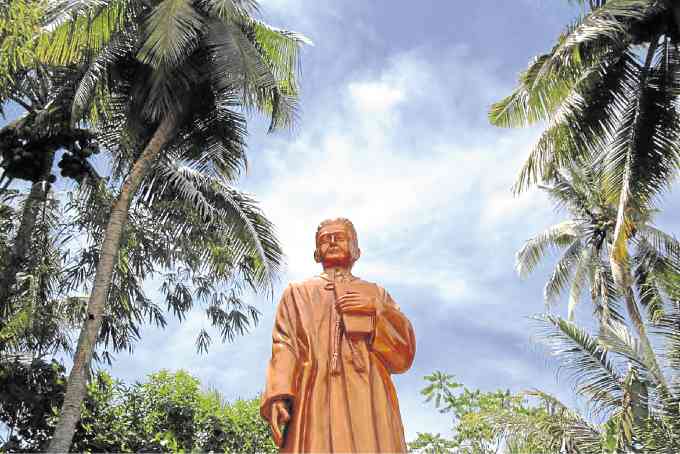 A statue of Chief Justice Jose Abad Santos in Malabang town in Lanao del Sur province reminds Filipinos of his heroism when he refused to accept Japanese subjugation during World War II.

Abad Santos, who was the acting Commonwealth president when Japan invaded the country during World War II, was executed for refusing to accept Japanese subjugation.

The monument, first built by Freemasons 58 years ago, was opened in time for the 131st birth anniversary of Abad Santos.

Muslim leaders approved a request to put up a 1.83-meter bronze statue of the freedom martyr, exempting it from a prohibition against the installation of statues in their territory, according to former Pampanga Board Member Ricardo Yabut.

Yabut and his brother, Public Works Undersecretary Rafael Yabut, were first informed by Malabang officials of the existence of the memorial when Ricardo campaigned as a party-list representative in the area in 2016.

They discovered a simple and somewhat neglected memorial place, where Abad Santos was believed to have been executed on May 2, 1942, or a month after Bataan and Corregidor fell to the Japanese Imperial Army.

Pampanga Rep. Gloria Macapagal-Arroyo and Pampanga Gov. Lilia Pineda pooled donations for the renovation project in August last year. The project retained the markers installed by Freemasons in 1956 and by former City of San Fernando Mayor Oscar Rodriguez in 2009.

A new marker was also put up, inscribed with a narrative written by Arroyo. The former President included an account by her father, the late President Diosdado Macapagal.

Arroyo now leads efforts to erect a monument for the late chief justice in Jose Abad Santos town in Davao Occidental province, the only municipality that bears his name.

According to an Abad Santos biography written by the late Chief Justice Ramon Aquino, Commonwealth President Manuel Quezon handed the reins of the country over to the chief justice before he and other key government officials left for Australia to avoid capture.

Quezon’s letter to Abad Santos on March 17, 1942 said: “In addition to your duties as chief justice and acting secretary of finance, agriculture and commerce, I hereby designate you as my delegate with power to act on all matters which involve no change in the fundamental policies of my administration of which you are quite familiar.”

Justice George Malcolm was quoted by Aquino as saying, “Abad Santos in effect became acting President of the Commonwealth.” However, no other document officially conferred this title on Abad Santos.

Aquino said Japanese Gen. Masaharu Homma approved the execution of Abad Santos, who asked for 10 minutes to talk to his son, Pepito, who was with him in his journey from Corregidor to Cebu province.

Abad Santos told his son, “Do not cry, Pepito. Show these people that you are brave. It is a rare opportunity for me to die for our country. Not everybody is given that chance.”

A Japanese interpreter recounted how Abad Santos walked to the execution ground with absolute tranquility. Behind a coconut grove at a turn of the road, Abad Santos disappeared with his executioners.