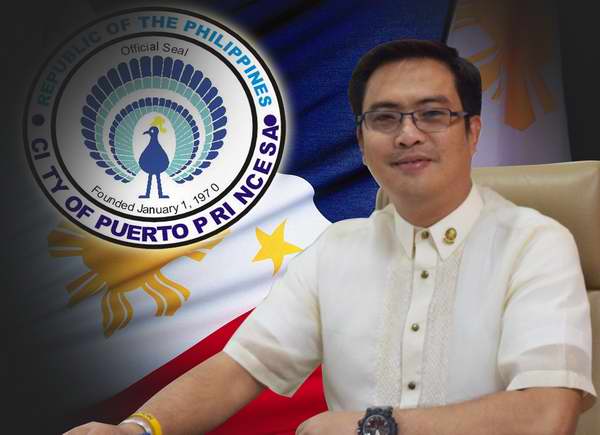 Marcaida took his oath before Regional Trial Court Judge Angelo Arizala after receiving an order late last week from the Department of Interior and Local Government (DILG) to assume the top executive position, amid public threats of political reprisal and opposition from Bayron’s supporters.

Bayron has been on leave since the Ombudsman’s decision was served by  the DILG on him last week.  He has vowed to reverse the decision in the Court of Appeals (CA). His supporters last week held a solidarity rally for Bayron and warned Marcaida, a member of the same political camp, not to heed the DILG order during the pendency of the case at the CA.

The Ombudsman ruled on a case filed against Bayron and his son Karl whom he appointed to a confidential position under his office during his first term in 2013, citing glaring evidence of misrepresentation. In its decision, the Ombudsman imposed against the two a penalty of permanent dismissal, forfeiture of benefits, cancellation of eligibility and perpetual disqualification from public office.

Marcaida admitted he did not want to take over Bayron’s post “as I have nothing to do with the case filed against him and I only wanted to be vice mayor.”

He, however, had to follow the memorandum from the DILG against the wishes of some of his political allies.

“I’m facing a possible legal sanction from the DILG if I refused to assume the position,” he said in a press conference.

Marcaida disclosed that his former party mates loyal to Bayron have been planning to file a case against him.