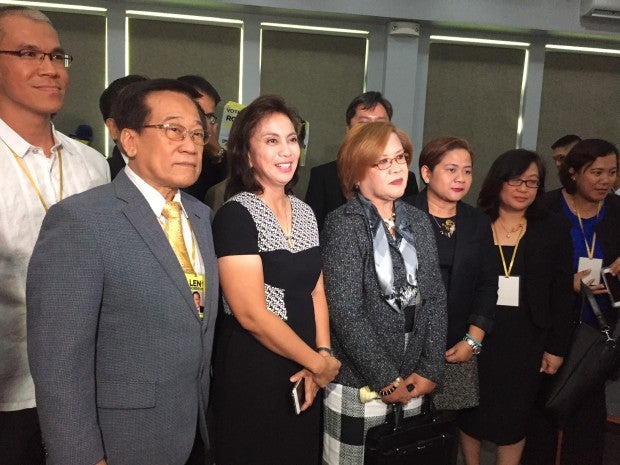 MANILA — Vice President Leni Robredo said that the criminal case filed against Senator Leila de Lima smacked of political persecution and might send a chilling effect on anyone who would oppose the administration’s policies.

“It is worrisome because it appears this is political persecution. If this (is how things are done), then it is like setting aside the rule of law,” Robredo said in an interview at the Xavier University in Cagayan de Oro, a transcript of which her office sent to Manila-based reporters on Monday.

Robredo said anyone suspected to have committed a wrongdoing should be investigated through the “correct process.”

“But if there has been a judgment already made even without a case yet, then where is our assurance that she (de Lima) will be afforded the due process of the law?” said Robredo, a human rights lawyer before joining politics.

“This might result in a chilling effect to the people who do not agree with the government’s policies,” the Vice President added.

Dinagat Rep. Kaka Bag-ao also threw her support behind De Lima, who was the justice secretary under the Aquino administration.

Like Robredo, Bag-ao urged the public to look at the process applied by the Department of Justice (DOJ) when it alleged that De Lima was on top of drug trafficking at the national penitentiary.

“Is this according to the law? Is the (process) credible?” Bag-ao said in Filipino.

Bag-ao said that it was clear that the motive against De Lima was “political,” noting that the government witnesses—convicted felons—were devoid of integrity and that the charges were filed before a regional trial court, and not the anti-graft court, Sandiganbayan.

Bag-ao urged the DOJ to “respect” the Constitution.

She said the DOJ must live up to its name and not be the “Department of Political Retribution.”  SFM