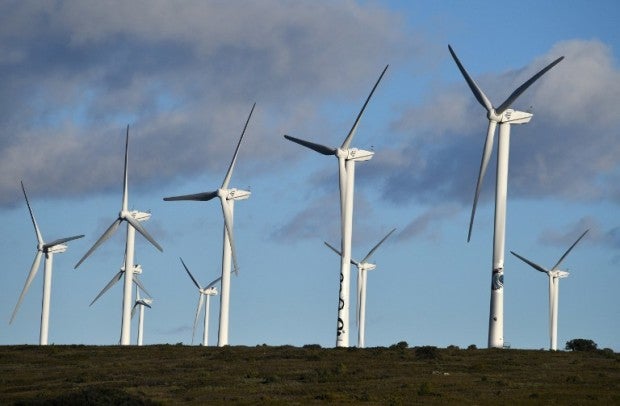 RIYADH, Saudi Arabia — The world’s biggest oil exporter on Monday took the first step towards a goal of generating 9.5 GW of energy through solar and other renewable means.

It invited local and international firms to try to qualify for bidding on two projects.

One is for 300 MW of solar energy to be built in Al-Jouf province, in the kingdom’s north.

The second is for a 400 MW wind power development in Tabuk, northwestern Saudi Arabia, the energy ministry said in a statement.

Virtually all of the kingdom’s power currently comes from crude, refined oil or natural gas.

But as part of the Vision 2030 economic reform plan to wean the kingdom off oil, it has set a target of 9.5 GW of renewable energy by 2023.

“This marks the starting point of a long and sustained program of renewable energy deployment in Saudi Arabia,” Khaled al-Falih, Minister of Energy, Industry and Mineral Resources, said in the statement.

He said this will not only diversify the kingdom’s power mix but will also catalyse economic development.

Companies will have until March 20 to file documents for bidding pre-qualification. Those which are successful will be announced by April 10.

Formal proposals can then be presented until July, the ministry said. CBB