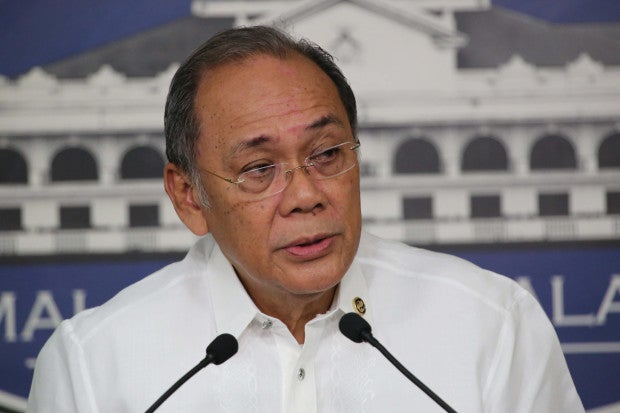 The Communist Party of the Philippines (CPP) should refrain from imposing the so-called revolutionary tax if it really wants the peace negotiations to resume.

This was among the “compelling reasons” set by the Duterte administration on Monday before the government’s peace panel could return to the negotiating table.

In a statement, presidential spokesperson Ernesto Abella said the CPP and its political arm, the National Democratic Front of the Philippines (NDFP), must also agree to sign a bilateral ceasefire with the government.

Abella issued the statement a day after the CPP expressed its willingness to craft and sign a bilateral ceasefire agreement.

The Chief Executive had terminated the peace talks with the communist insurgents two weeks ago after several soldiers were killed in renewed hostilities between the military and the New People’s Army (NPA), the CPP’s armed unit.

The President said he would only allow the resumption of the peace talks if there was “a compelling reason that will benefit the interest of the
nation.”

Abella said the NDFP “probably pushed the envelope too fast and too soon in demanding the full release of political prisoners prior to any signed agreement and for lifting the ceasefire ahead of their deadline.”

“While it is understandable that suspicions linger about the motives of the parties on opposite sides of the ideological spectrum, some ‘compelling reasons’ need to be provided for talks to resume,” he said.

Besides stopping the collection of revolutionary tax, which Abella described as “extortion,” the Palace official said the CPP should also stop mounting attacks on soldiers, “burning of property” and from carrying out “provocative and hostile actions.”

“Considering the unprecedented goodwill the President has shown, these actions from (the NDFP) may provide compelling reason and could put at ease, to some extent, the apprehension of the military and the (Duterte) administration,” Abella said.

“After all, when guns are silent, we can better listen to each other,” he said. “We need to take in good faith the President’s vision for a peaceful, just and inclusively prosperous Philippines. He has already taken the first steps forward. We wait for NDFP to respond.”

According to Abella, the Duterte administration has been able to work with the NDPF “much closer than previous administrations have.”

In a separate statement, Presidential Adviser on the Peace Process Jesus Dureza said: “On the part of the Philippine government, we share the same commitment to work for just and lasting peace in
the land.”

“When ‘compelling reasons,’ as President Duterte earlier announced, are present, then we in government shall take the next necessary steps,” Dureza said.

As this developed, the military also challenged the NPA to heed CPP’s order to release its captives which include three soldiers, two militiamen and policemen.

Brig. Gen. Restituto Padilla, spokesperson of the Armed Forces of the Philippines, said the NPA should prove and substantiate the CPP’s call for a bilateral ceasefire with the goverment with clear and sincere actions, not propaganda.

“They should release the soldiers they have abducted immediately without any condition,” Padilla said.

In a statement on Sunday, the CPP said the release of six “prisoners of war” was its “positive gesture” to continue peace negotiations with the government. —WITH A REPORT FROM CYNTHIA D. BALANA