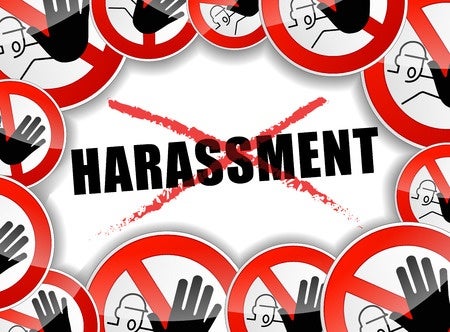 CEBU CITY — Two videos showing a town mayor of  Siquijor province making a scene in public have gone viral since these were uploaded on social media.

One showed Lazi Mayor James Duhaylungsod Monte driving a white Toyota Hilux and hitting a column of a public market.

Another video showed Monte getting down from his vehicle and confronting Tashi Joemar Zangpo, a visitor of the municipality who claimed that he was mauled by the mayor’s companion.

When reached for comment, Monte denied mauling Zangpo but admitted ramming his vehicle into a table in the public market out of frustration upon seeing illegally parked vehicles.

He claimed that the videos were merely used by his political opponents.

Monte pointed out that Zangpo was a visitor of his cousin – Provincial Board Member Noel Monte, a member of the Liberal Party.

Monte ran as an independent candidate although he was associated with the United Nationalist Alliance.

Incidentally, Noel uploaded a second video that showed Monte getting down the vehicle and confronting Zangpo.

The video did not show Monte’s companions mauling Zangpo.

Zangpo’s video showed a speeding white Toyota Hilux which hit what looked like a column of the public market in Barangay Tigbawan, Lazi town.

A man wearing a white shirt came to the vehicle but the driver, who turned to be Monte, sped off.

Zangpo’s video had drawn more than 100,000 views since it was uploaded on FaceBook on Feb. 19.

(Mayor of Lazi town was driving fast and went berserk. He drove so fast that it was scary because he might kill someone with the speed he was driving. He confronted me and wanted to get my cellphone. He got so mad that he collared me. When I removed his hand and was about to fight back, his companion hit me from behind. I was hit, relentlessly kicked and slapped by his companions because I took a video of the incident. Until now, he (the mayor) was still in front of my friend’s house, as if nothing happened. I hope this (the video) can reach the attention of government agencies.)”

The second video by Noel Monte drew more than 10,000 views.

“He even accidentally hit a parked motorcycle,” Bandico said in a phone interview with Philippine Daily Inquirer.

The motorcycle (with no plate number) was owned by Luciano Calunod, 80, a resident of Barangay Gabayan, Lazi town.

Bandico said Monte was not arrested.

Mayor Monte explained that what happened was an accident and that he was not drunk.

He stepped on the wrong pedal of his Toyota Hilux (plate number (FGW119), causing him to hit a column of the public market and a motorcycle.

In a statement released on Monday, Monte said he went around the town to check if the owners of vehicles made good of their promise not to park along the road again.

Frustrated to find the road filled again with parked vehicles, he drove around the public market.

“And that is where the video caught me,” he said.

“If I were for violence I could have rammed into the illegally parked vechicles outside the road leading to the public market or chose to hit people at the height of anger. I did not but instead thrust my vehicle against a table laid out at the side of the public market. It was a table of one market vendors that was not supposed to be there as it was blocking the stairs to where the goods are sold,” it added.

Monte said he only did that to discipline his constituents to observe the law and denied mauling Zangpo since he was alone at that time.

The following are the links to the videos showing the incidents involving Mayor Monte: