De Lima is facing three counts of violation of Section 5 (sale) in relation to Section 3 (jj trading), Section 26 (b) and Section 28 or the criminal liability of government officials and employees of Republic Act 9165 or the Comprehensive Dangerous Drugs Act of 2002.

Section 3 (jj) refers to the transactions involving the illegal trafficking of dangerous drugs and/or controlled precursors and essential chemicals using electronic devices or acting as a broker in any of such transactions.

Section 26 (b) on the other hand refers to the sale, trading, administration, dispensation, delivery, distribution and transportation of any dangerous drug and/or controlled precursor and essential chemical.

Muntinlupa RTC Branch 204 Judge Juanita T. Guerrero will handle Criminal Case No. 17-165. In this case, aside from De Lima, her co-accused include former driver and boyfriend Ronnie Dayan and former Bureau of Corrections (BuCor) officer-in-charge and National Bureau of Investigation Deputy Director Rafael Ragos. Dayan was alleged as her bagman while Ragos confessed that they have delivered millions to De Lima’s house.

Branch 205 Judge Amelia Fabros-Corpuz will handle criminal case no. 17-166 where De Lima’s co-accused is Jose Adrian “JAD” Dera who is said to be her nephew.

The cases were based on the complaints filed by the Volunteers against Crime and Corruption (VACC); former National Bureau of Investigation (NBI) deputy directors, Reynaldo O. Esmeralda and Ruel M. Lasala; inmate Jaybee Niño M. Sebastian; and the NBI which filed two complaints against De Lima. The complaints were built upon testimonies from the House of Representatives’ probe on the alleged drug proliferation in the New Bilibid Prison.

De Lima already filed an Omnibus Motion before the three courts asking to hold in abeyance the issuance of a warrant for her arrest.

She urged the courts to quash the Information (charge sheet) filed against her as she insisted that the Ombudsman and the Sandiganbayan has the sole jurisdiction to handle the cases filed against her.

However, Solicitor General Jose Calida tweaked De Lima saying “the power of the Ombudsman to investigate the illegal activities of public officials, including De Lima, is concurrent with the power of other government agencies, such as the DOJ.”

Citing Section 90 of the Comprehensive Dangerous Drugs Act of 2002, Calida said “Regional Trial Courts have the exclusive jurisdiction to try and hear violations of this act.”

“Since [Ms.] de Lima is facing drug charges, which has no relation to her office, she should be tried before the regular courts, and not the Sandiganbayan,” Calida said.

Calida also noted that in a 2004 case against Senator Gregorio Honasan involving coup d’etat charges, the Supreme Court ruled that the Administrative Code gave the DOJ, as the prosecution arm of the government, the power to investigate the commission of crimes, prosecute offenders, and administer the probation and correction system. JE 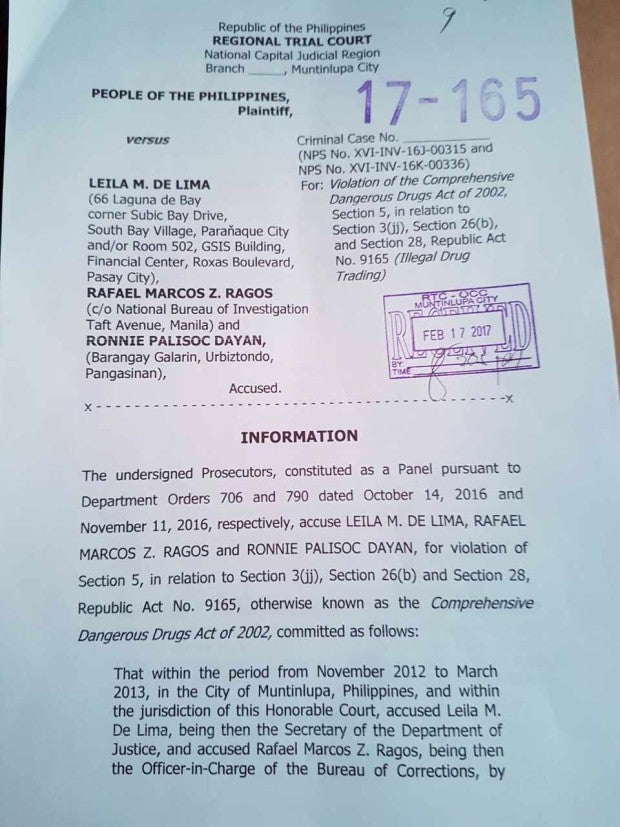 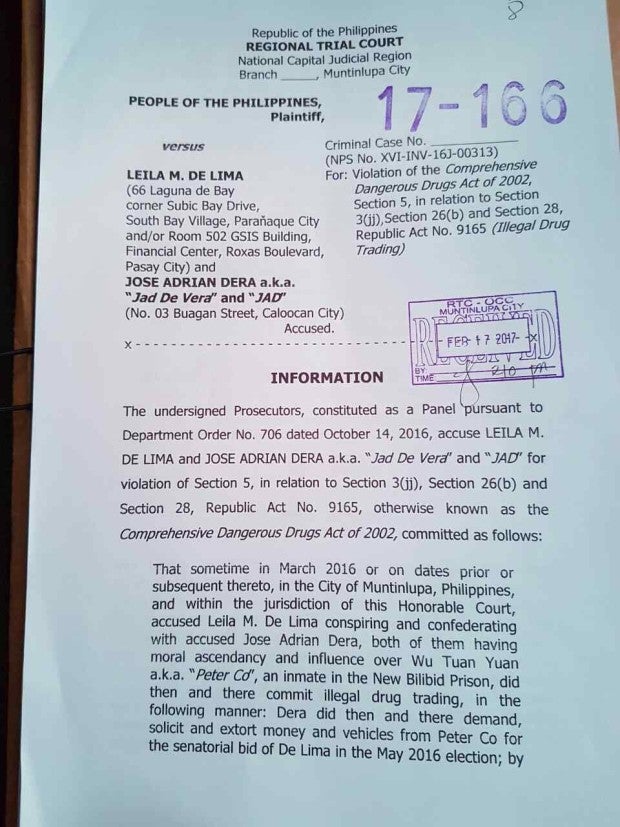 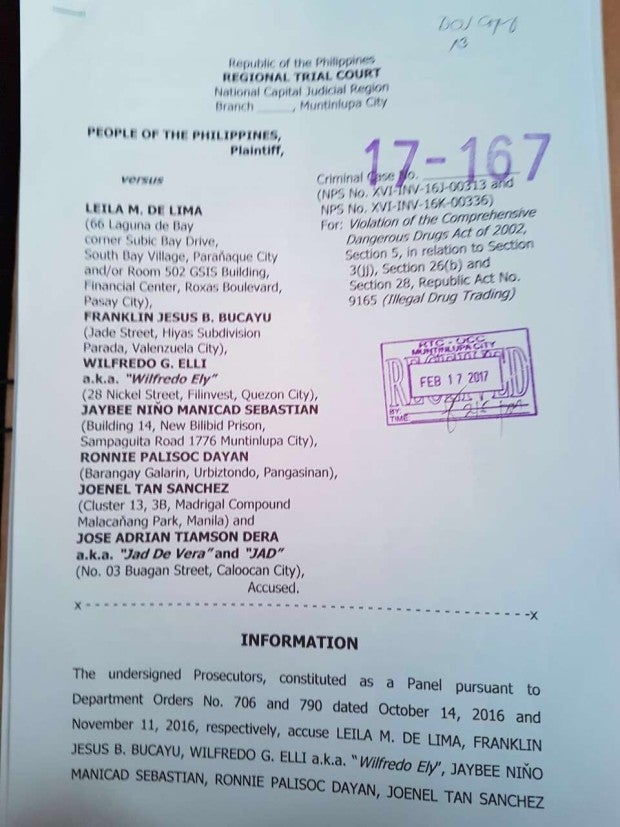