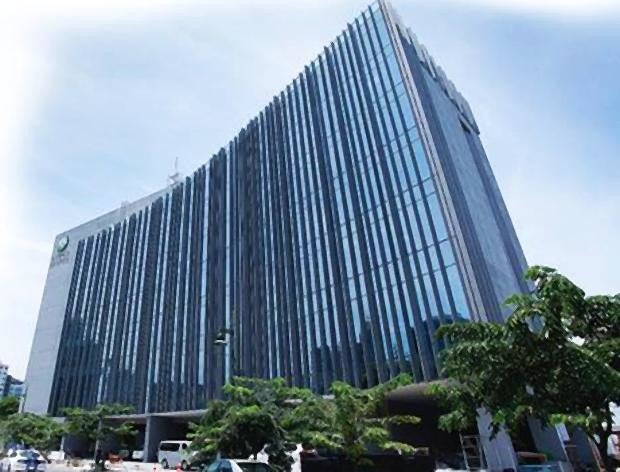 (Photo from the Facebook page of the DLSU College of Law)

De La Salle University (DLSU) inaugurated on Saturday its newest P350-million campus, which is expected to be the hub of future lawyers who would put an emphasis on the promotion of social justice and the protection of human rights.

The DLSU Rufino Campus not only boasts of a prime location, a narrow piece of property along 38th Street, in the so-called institutional area of Bonifacio Global City.

But it also has state-of-the-art facilities and a dedicated faculty who could guide students into becoming professionals with “good techniques and good values.”

Lawyer Jose Manuel Diokno, dean of DLSU College of Law, said the new campus, which began operations in August last year, would be more conducive to learning because of its open and well-lit design.

“It [creates] a very open feeling,” Diokno told the Inquirer. “Law school is one of the most stressful activities for young people. The more we can create an environment that makes it easier for them, the better it is for them to learn.”

A suitable environment would also inspire teachers in molding lawyers “with good ethical grounding” and a respect for human rights.

“Especially given our climate today, the more determined we are to instill that in our students,” he said.

The seven-story building had floor-to-ceiling windows that allow more natural light in but at the same time regulate the afternoon heat.

Despite being near a road that may soon see heavy traffic, the school will not have its classes disrupted because its double-glass systems can cancel out outside noise.

Currently, the school has only more than 600 law students using its 17 classrooms, auditorium, arbitration room, and moot court.

Many law schools have their own moot courts. But Diokno said the new campus has one of the biggest in the country. He added that the arbitration room is also probably a first among law schools.

Since many cases are now being settled out of court, Diokno said the arbitration room could help students acquire “newer skills” in presenting their case to a panel and even in becoming arbitrators themselves.

Charlie Rufino, whose family is a main donor for the campus, said he would expect the new campus, which is near the heart of a booming commercial district, to “open up” the university more, as the College of Saint Benilde did when it was founded.

Rufino, a DLSU, was instrumental in getting the school a 25-year lease in the last remaining lot offered by the Bases and Conversion and Development Authority (BCDA).

Incidentally, the law school will also be near the new Supreme Court complex being constructed in the former Philippine Army Security Escort Group area in Fort Bonifacio. /atm