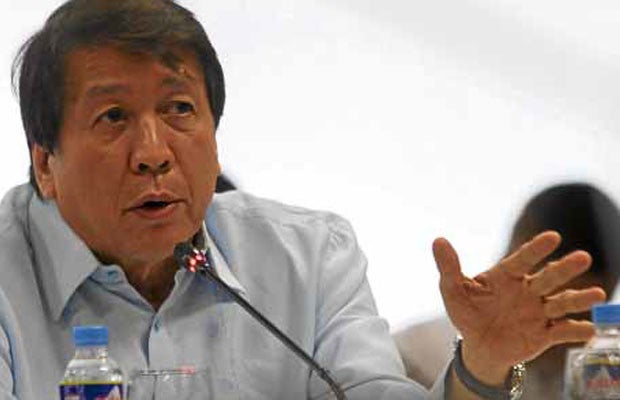 A key ally of President Duterte in the House of Representatives has warned of scrapping plenary debates and forcing a vote on a proposed measure reviving the death penalty, citing stalling tactics employed by the bill’s opponents.

Following a tense exchange over a motion to adjourn the session due to lack of a quorum, Majority Leader Rodolfo Fariñas warned his colleagues on Wednesday evening he would be compelled to halt plenary debates if they kept delaying the proceedings.

He said he was exasperated by repeated questions on the quorum by Albay Rep. Edcel Lagman and Buhay Rep. Lito Atienza, who had been keeping a close eye on the number of lawmakers on the plenary floor, insisting on a roll call every so often.

“Every day we have been calling the roll. This is unprecedented in any Congress. No Congress on the record has called the roll every single session day except this Congress,” Fariñas said.

The House leadership earlier said it would allow an exhaustive debate on the bill restoring the death penalty, a legislative priority of the Duterte administration. A period of 30 days had been set aside for it.

But the deliberations would be cut short if those opposed to the measure continued stalling for time by questioning the quorum, Fariñas said.

“The public should blame those who are stifling the debates on the matter if and when the majority decides to end the debates,” he told the Inquirer on Thursday.

“As the Majority Leader, I’ve been accommodating their right to speak, but they cannot demand that a majority of all the members of the House should be personally present to listen to them,” he said.

Fariñas said it was not the obligation of House members to stay on the plenary floor during the debates.

“After answering to the roll call, it is the right of any member to listen or not to the debates, especially in this instant where a single and the same bill is being debated upon,” he said.

Before he adjourned Wednesday’s session, he said he would call a meeting of the rules committee, which he chaired, as well as a caucus of all majority members to determine their sentiments.

“And if the majority says there have been enough debates already, ‘let us vote on the matter,’ even if I want to allow you [to keep debating], but if more do not want to continue, we may be forced to terminate the debate and vote since everyone knows the issues by now,” he told them.

In the past couple of weeks, as the 293-seat chamber debated the death penalty bill, a quorum would usually be established through a roll call at the start of the session but the number of lawmakers on the floor would dwindle some time later, prompting Lagman or Atienza to move for another quorum call.

The same thing happened on Wednesday when Lagman, one of the most vocal critics of the death penalty, figured in a heated argument with the presiding officer and floor leader over the quorum.