Radio anchor accuses Davao Or. exec of slapping him in session hall 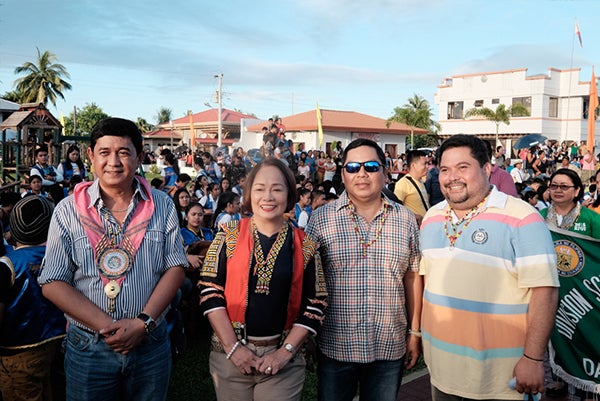 TAGUM CITY – The manager of a radio station in Mati City, Davao Oriental, has accused a local politician of physically assaulting him in the halls of the Sangguniang Panlalawigan (provincial board) on Wednesday.

Manny Pajarito, head of the dxWM Radyo Rapido Mati, said Board Member Joselito Villademosa of Davao Oriental’s 1st district slapped him on the face during a break of the SP session around 10:25 a.m.

“BM (Board member) Villademosa approached me as I was seated at a corner near the entrance of the session hall and asked if I’m Manny Pajarito. When I replied, ‘Yes sir I am,’ he slapped me,” Pajarito told the Philippine Daily Inquirer by mobile phone.

The INQUIRER tried to get the board member’s side but calls and text messages to Villademosa’s cellphone went unanswered.

Pajarito said several people, including fellow media colleagues and SP staff, restrained the local legislator and pulled him away from the beleaguered broadcaster.

He said he would file criminal and administrative charges against the board member.

Pajarito surmised his tirades against Villademosa in his morning radio program might have stung the latter.

In his “Ipa-rapido” program, the broadcaster had criticized the second-term local legislator for supposedly not doing enough to address the plight of thousands displaced when fighting broke out between government troops and communist rebels in Davao Oriental early this month.

“He was not present when evacuees were sent back to their communities last Feb. 4 and he also did not mention the peace and order problem during previous SP sessions when in fact he is the chairperson of the peace and order committee, so I asked for him to resign,” Pajarito recounted.

The broadcaster said he has stopped tackling the issue after Villademosa apparently sought the help of Rep. Corazon Malanyaon, “so I was surprised why he still attacked me.”

Following the incident, Pajarito said he has sought the help of the presidential task force on media security as well as the police.

“My commentaries were issue-based, based on facts and not personal so I have nothing to fear,” Pajarito said.

Wednesday’s incident was not the first harassment, according to Pajarito. Last December, his car was fired at by unidentified gunmen. He added that an elected official in Mati threatened him last month for still unknown reason, although the incidents appeared to be unrelated.  SFM/rga