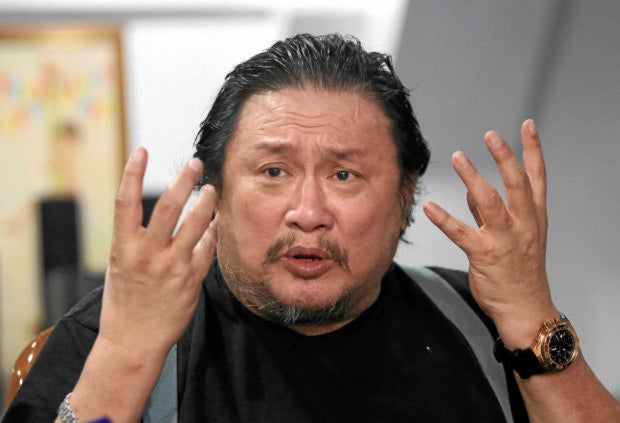 Former Police officer Wally Sombero who figured in the P50 million bribery scandal involving Chinese businessman Jack Lam arrives at his house in West Crame in Quezon City after arriving from Canada. Sombero will be turned over to the Senate Blue Ribbon Committee on Feb. 16. INQUIRER/ MARIANNE BERMUDEZ

Trillanes made the statement to reporters when asked to explain his statement during the Commission on Appointments hearing on Aguirre’s appointment that Sombero was in “no position to clear” the justice secretary.

“Who is Sombero in this mess? Isn’t he the central figure? Who is he to say that this person is involved, this person is cleared? He is in no position,” the senator told reporters.

Sombero, a retired police senior superintendent, told reporters on his return home from Canada on Tuesday that Aguirre was not involved in the immigration scandal.

Sombero is the alleged middleman of Lam who gave Deputy Commissioners Al Argosino and Michael Robles P50 million in exchange for the release of 1,300 Chinese nationals who were arrested by the BI in November last year for illegally working in Lam’s hotel and casino in Pampanga province.

Trillanes,  who earlier raised the possible involvement of the justice secretary in the alleged bribery, insisted Sombero’s statement clearing Aguirre had “no value” because it was not even stated under oath.

He said he planned to question Sombero at the resumption on Thursday of the Senate blue ribbon committee’s inquiry into the alleged bribery.

“This story has so many holes. Until the investigation is done, we will not know the whole picture. So let us wait for the testimony of Sombero and we will subject him to scrutiny and interrogation,” Trillanes said.