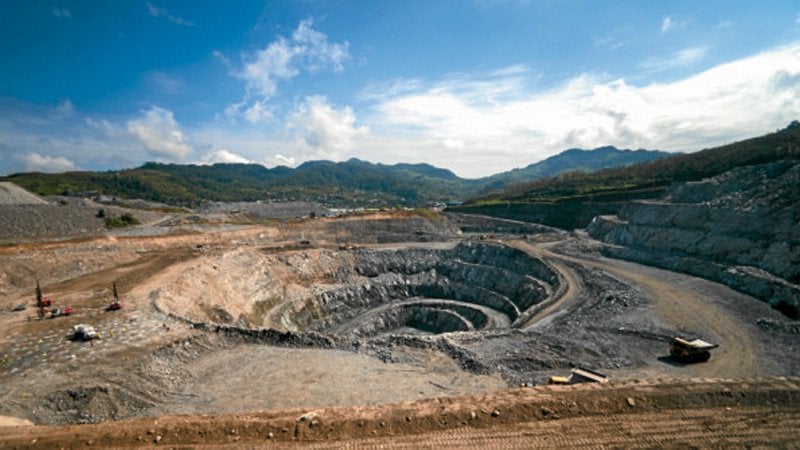 MANILA — Environment Secretary Regina Lopez’s revved-up campaign against mining projects that allegedly have been violating laws and ruining bodies of water continues to rattle the capital market as regulators and investors try to make sense of what’s happening.

OceanaGold Corp. said its Philippine unit has finally received an order calling for the suspension of the Didipio gold mine in Nueva Vizcaya, which Lopez announced last Feb. 2

The Australian company said in a statement the order repeated allegations previously made by the Department of Environment and Natural Resources.

These include the “petition of the local government of Nueva Vizcaya for the cancellation of (the mining contract), alleged damages to houses caused by the blasting operation; and the potential adverse impact to the agricultural areas of the province.”

OceanaGold Philippines, one of the county’s top producers of gold, was given a period of up to three months to address the issues raised against it.

The company said that upon receipt of the order, it filed an appeal directly with the Office of the President.

OceanaGold said the filing stayed the execution of the suspension order, adding that it anticipated Didipio to continue to operate during the appeal process.

“We have the strong endorsement from our host communities to operate and are a major employer of Filipino nationals, majority of whom are from the local communities,” OceanaGold chief executive Mick Wilkes said. “A suspension of operations will adversely impact thousands of Filipinos directly and indirectly.”

At the Philippine Stock Exchange, at least six listed firms said mineral production sharing agreements (MPSAs) assigned to them or their subsidiaries were among the 75 contracts that Lopez on Tuesday said she wanted cancelled.

Apex Mining Co. Inc. said the list included the MPSA of its unit Itogon-Suyoc Resources, related to a tenement in Mankayan, Benguet.

MacroAsia Corp. said it got two MPSAs on the list, but said it has not received any notice from DENR. The company said the two MPSAs related to projects both in the exploration stage.

Omico Corp said it got a 3-percent stake in Macawiwili Gold Mining and Development Co. Inc., with an MPSA in Itogon, Benguet the DENR chief want scrapped.

The Vulcan Industrial and Mining Corp. said its MPSA for a tenement in Negros Occidental was on the list but that it has not received any notice.

NiHao Mineral Resources International Inc. said its unit Mina Tierra Gracia Inc. — a tenement in Zambales — was “prepared to avail and exhaust the legal and administrative remedies to defend the MPSA.”

Last week, PSE president Hans Sicat said in a forum the DENR’s earlier announcement relating to the orders to close 23 mines in commercial operation“may have been a worrisome trend if not very irresponsible.”

Sicat said the PSE feared that the announcement last Feb. 2 — which he described as a “trial by media release” — put at risk the financial and investment health not only of institutional investors but also of individual investors.

“We feared that listed companies may have lost wealth” because the
announcement caused confusion and misdirection, the PSE chief said.

Sicat said investors have been unhappy with the fact that not everyone had the same access to information. “We want to make sure that process and benchmarks are followed to prevent causing undue advantages or disadvantages (for market players),” he said.

Sicat said that from a macroeconomic perspective, “when a surprise announcement does not jive with the overall economic plan, one begins to question whether policymakers have a handle of the gameplan or whether a group or an individual has hijacked a well-thought (out) economic plan.”  SFM