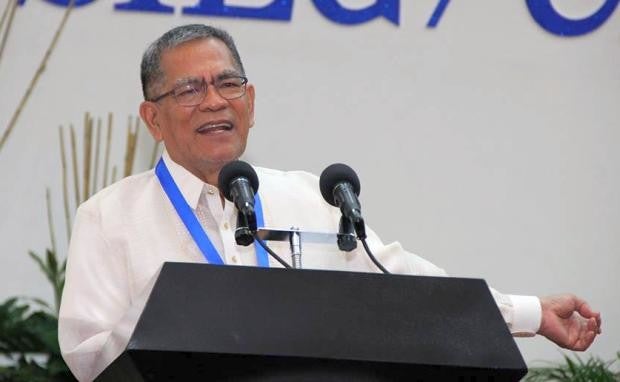 Interior Secretary Ismael “Mike” Sueno on Wednesday said he did not feel offended by the rumors that President Rodrigo Duterte was preparing to replace him with former Senator Ferdinand “Bongbong” Marcos Jr. as head of the Department of the Interior and Local Government (DILG).

“We serve at the pleasure of the President,” Sueno said in a statement to media. “It is within his power, wisdom and discretion to appoint members of his Cabinet. With the information being floated about the change at the helm of the DILG, I take no offense whatsoever.”

Rumors about Duterte appointing Marcos, a longtime ally of the President, as the DILG chief have started circulating recently.

Marcos, who lost the vice presidential elections to former Camarines Sur Rep. Leni Robredo, can only join Duterte’s Cabinet once the one-year ban on appointing losing candidates lapses in May.

“It is business as usual for me as I dispense my duties and functions with the blessings of President Duterte,” Sueno added.

It took some time for Duterte to appoint Robredo as his housing czar because he did not want to “hurt the feelings” of Marcos.

Aside from local government units nationwide, the DILG also oversees the Philippine National Police, the Bureau of Fire Protection, and the National Police Commission. /atm