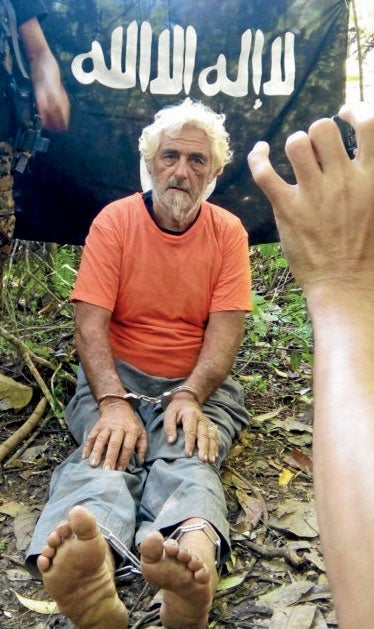 The Abu Sayyaf Group, which has pledged allegiance to the Islamic State, said it would kill its German hostage later this month if the ransom demand is not met.

In a video circulating online, the terrorist group has set a Feb. 26 deadline to receive P30 million before German hostage Jeugen Kantner is executed.

The 70-year-old German national was abducted in Tawi-Tawi last November. His wife was killed by the terrorists when she tried to fight back.

The video showed the kidnap victim surrounded by four men believed to be Abu Sayyaf members, appealing to his government for support.

The military is still validating the authenticity of the video, but emphasized it does not deal with terrorists.

“We don’t support ransom. They will just build their capability some more if they have money,” said Col. Cirilito Sobejana, commander of Joint Task Force Sulu.