CBCP: We can work with administration

The Catholic Bishops’ Conference of the Philippines (CBCP) is hoping to engage an increasingly antagonistic Duterte administration in “greater critical collaboration,” its president, Archbishop Socrates Villegas, said on Monday.

At the Meet Inquirer Multimedia forum, the Lingayen-Dagupan archbishop disclosed that the 120-strong CBCP had designated a group of bishops, whom he declined to name, to keep the communication channel open.

Villegas said this group was doing “pretty well,” having been able to establish a connection with one of President Duterte’s Cabinet secretaries, an ex-seminarian. There are three former seminarians in the Cabinet: Leoncio Evasco, Ernesto Pernia and Ismael Sueno.

“There is a level of openness with the government because [it] is still composed of Filipinos and most of them Catholics and three of them ex-seminarians and they are also in need of our pastoral care,” said the 56-year-old prelate.

“We look at it from the bigger point of view and looking at the pro and anti as both our parishioners. We want to keep the communication lines open to all sectors of society because we are bishops,” Villegas said.

Villegas was asked why the Church was seemingly hesitant to lead its flock into a moral outrage amid the wave of ethical and moral issues hounding the country under Mr. Duterte’s unorthodox style of leadership just as it did during the dark days of martial law.

The CBCP head noted that “critical collaboration” was also the Church’s response during the Ferdinand Marcos dictatorship, listening not just to human rights victims but also keeping the line open to dialogue with the government.

Villegas said the Church was very vocal and active during the Marcos regime, but there were also occasions during those years when then Manila Archbishop Jaime Cardinal Sin found himself attending socials in Malacañang or celebrating Mass for Marcos. 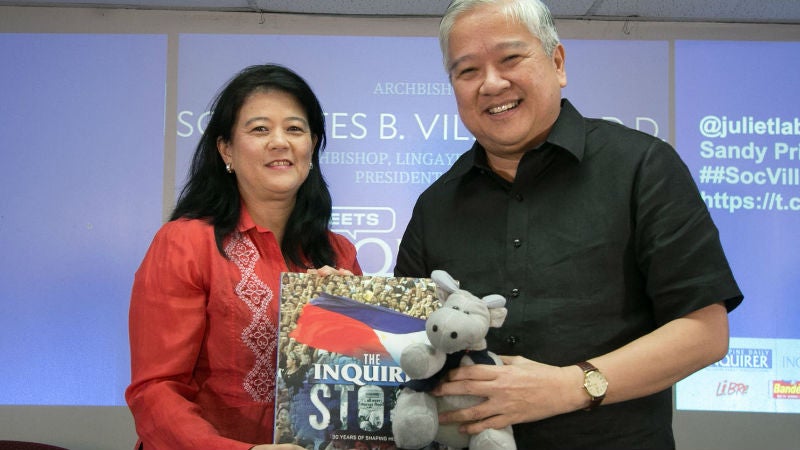 “It was walking a tightrope, striking a balance between being a prophet of denunciation and yet a minister of healing and reconciliation. And until now, that is clearly our mission,” said Villegas, Sin’s protégé.

“We will denounce what is evil but we will also offer the ministry of healing to those who are willing and ready to receive it,” he said.

The Church and the Duterte administration have been at loggerheads over a wide range of issues, particularly the rising number of deaths in the President’s bloody war on drugs and the moves in Congress to reinstate the death penalty.

On Jan. 30, the CBCP issued a pastoral statement, its strongest message so far, opposing the revival of the death penalty as Congress began plenary debates on House Bill No. 4727, a consolidated version of seven bills on capital punishment.

Villegas has also endorsed a grand procession, dubbed “Walk for Life,” on Feb. 18 initiated by the lay group Laiko following the CBCP pastoral letter to protest the spate of drug-related killings in the country and proposals to revive the death penalty. 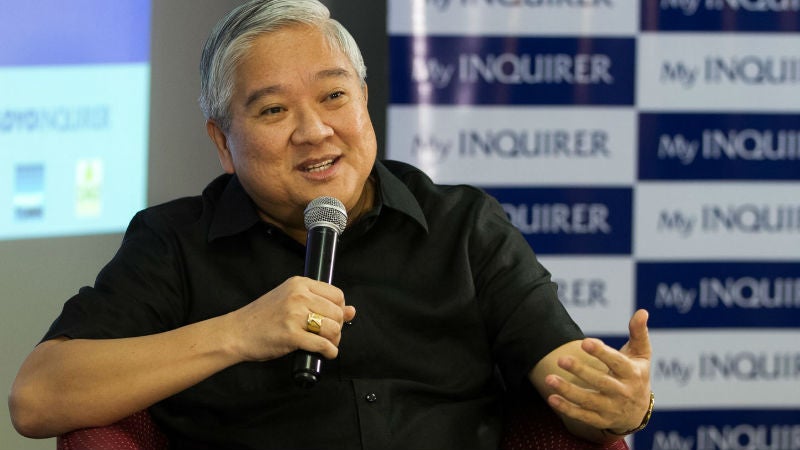 During the forum, Villegas said the procession, from 4:30 a.m. to 7 a.m., was aimed at sending the message that the country’s streets should be kept safe and should be filled with prayers, not with blood.

“And after that, we hope that there will be more people who would be disturbed every time one human person is killed because one brother or sister killed is already too much and we should not allow this to keep on increasing,” Villegas said.

He said the CBCP was not afraid of Mr. Duterte, who had repeatedly blasted the Church as “the most hypocritical institution.”

“When I say we are not afraid of President Duterte, don’t get me wrong. I’m not picking a fight, I am not saying we are equals. What I am saying is, there is only one thing that makes us afraid and that is sin,” he said.

When asked how the CBCP would collaborate with the Duterte administration, he said the Church would start with a study of what good things the other party had done so far in combating corruption, helping the poor and reaching out to the margins, among other things.