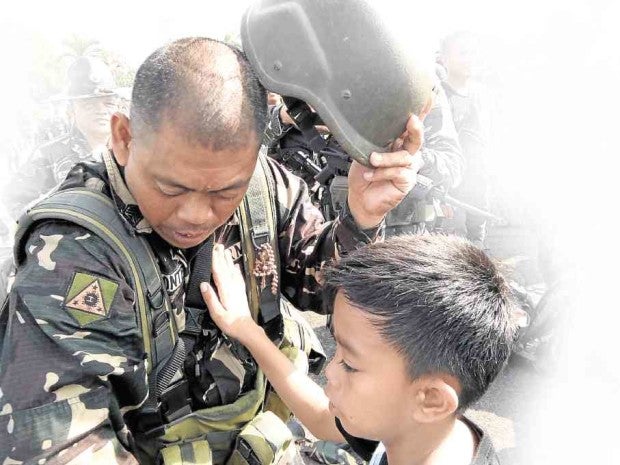 LEGAZPI CITY – Programs being done by the military in Sorsogon and Masbate provinces will continue despite the declaration of “all-out-war” against the New People’s Army (NPA) by President Rodrigo Duterte, according to an Army officer.

Captain Joash Pramis, public affairs officer of Philippine Army’s 9th Infantry Division based in Pili, Camarines Sur, said in a phone interview that community support programs under the Duterte administration’s Development Support and Security Plan Kapayapaan would proceed in the two provinces as part of the efforts of the government towards eradicating poverty and insurgency in the countryside.

Pramis said the troops deployed in the provinces of Masbate and Sorsogon conducting the community support programs have always been ready to face threats “whether during peace or war time.” The two provinces were once hotbeds of the communist insurgency in the region.

He added that the military and local governments in Masbate and Sorsogon have been working towards finally getting the declaration of “Conflict-Manageable and Ready for Further Development” for the two provinces. The same declaration was already given to the provinces of Camarines Sur, Camarines Norte, Catanduanes and Albay during the previous years.

He also said they received reports of an alleged wave of recruitment of the NPA that went on in Bicol during the previously lifted ceasefire between the government and communist rebels.

“But we are yet to confirm these reports,” he said.  SFM