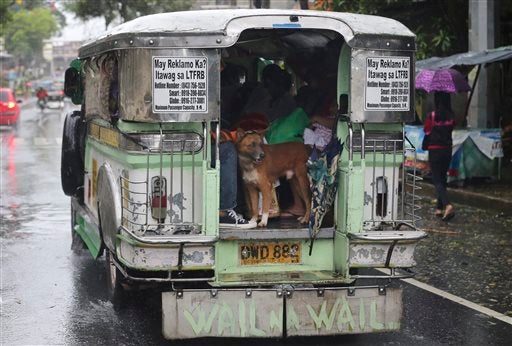 Beginning Friday, commuters in Metro Manila, Central Luzon and the Southern Tagalog region will have to pay P8 as minimum jeepney fare as the order of the Land Transportation Franchising and Regulatory Board (LTFRB) for an additional one-peso increase in the current P7 fare takes effect.

In its order, the LTFRB said oil companies opened 2017 with price hikes across different fuel products. As of Jan. 30, average pump prices ranged from P31 to P33 per liter.

The Board compared the prices year-on-year when it issued an order reducing the fares from P7.50 to P7. In January 2016, diesel prices stood at P18.15 to P21.65, marking more than 50-percent difference from this year.
“While the Board recognizes the plight of the Filipino people every time an increase on the prices of the commodities occurs, it cannot be insensitive to the present clamor of stakeholder in public land transportation,” its order read.
The LTFRB also stressed that the 20-percent discount for senior citizens, persons with disabilities and students remained in effect.
Jeepney operators are required to post a notice of the increase inside their vehicles that can be easily seen by the commuters. CBB/rga