Duterte assures mining firms of due process in DENR audit 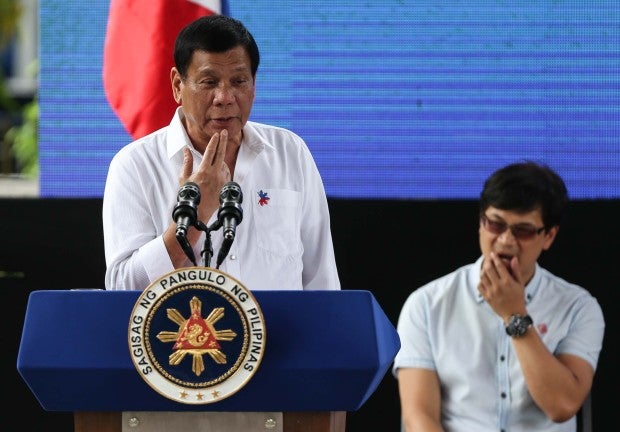 MANILA — President Duterte and members of his Cabinet assured mining firms that they would be afforded due process in the mining audit being conducted by the Department of Environment and Natural Resources (DENR).

“This means companies affected by mining closures for violations of environmental laws and regulations will be given the opportunity to respond or dispute the audit, or make the necessary remedies to ensure compliance with government standards,” said presidential spokesperson Ernesto Abella in a statement.

He said the issue over the decision of Environment Secretary Gina Lopez to shut down mining firms over violations of environment laws was discussed during the Cabinet meeting on Tuesday.

The Palace official said the Department of Finance officials would be meeting with their counterparts in the DENR as members of the Mining Industry Coordinating Council.

“One of the agenda items discussed in yesterday’s (Tuesday, Feb. 7) Cabinet meeting was the evaluation of the environment and natural resources sector in the context of social justice.

“The President and his Cabinet collectively decided to observe due process with regard to the mining issue.  This means companies affected by mining closures for violations of environmental laws and regulations will be given the opportunity to respond or dispute with the audit, or make the necessary remedies to ensure compliance with government standards.

“The Department of Finance (DOF) shall have further discussions with the Department of Environment and Natural Resources (DENR) in their capacities as concerned government agencies of the Mining Industry Coordinating Council (MIIC).  SFM