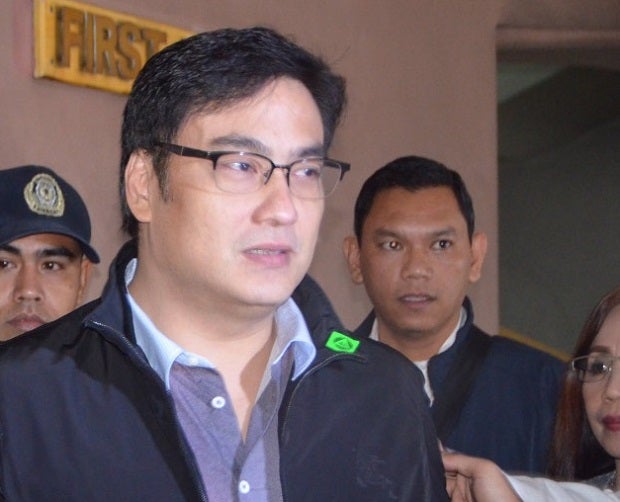 The Sandiganbayan First Division has allowed former Sen. Ramon “Bong” Revilla Jr. to visit his father who is scheduled to undergo heart surgery on Wednesday.

The furloughs, however, last four hours each, shorter than Revilla’s requested six-hour leaves.

The senator, who is detained pending trial for the nonbailable plunder case, was allowed to go to St. Luke’s Medical Center in Taguig City on Wednesday, 7 to 11 a.m. and Thursday,
4 to 8 p.m.

The second furlough on Thursday notably takes place after the first hearing of Revilla’s trial for his P224.5-million plunder case in the morning.

As usual, Revilla will be made to shoulder the expenses to be incurred by the Philippine National Police for his security detail. The use of electronic gadgets will be under the control of the security escorts, and media interviews will not be allowed.

In his urgent motion, Revilla originally sought six-hour furloughs on Wednesday, 6 a.m. to 12 p.m. and Thursday 2 p.m. to 8 p.m.

He told the court that former Sen. Ramon Revilla Sr. was diagnosed with severe aortic stenosis, a condition that restricts blood flow to the body’s main artery.

Revilla said his father on Sunday “specifically requested [him] to be at his side before the surgery.”

“Deeply worried and concerned about this recent unfortunate development, Senator Revilla again respectfully implores this Honorable Court’s kind consideration and compassion that he be allowed to visit, and be with his ailing and weak father while he is undergoing this major surgery,” the motion read.

He also invoked the court’s previous declaration that “under similar exceptional circumstances in the future, the Court will not hesitate to grant any motion that may be filed by accused Revilla and/or coaccused to leave their detention cell.”

If granted, this would be the third time for Revilla to be allowed to leave his detention to attend to his father.

The court previously granted two successive motions in December, allowing him to go to the hospital on Dec. 16 when Revilla Sr. had severe sepsis secondary to pneumonia, and Dec. 29, 31 and Jan. 1, when the father had a kidney ailment.

The 50-year-old actor-politician is facing plunder and graft charges for allegedly receiving P224.5 million in kickbacks by diverting his Priority Development Assistance Fund allocations to fake foundations believed to be controlled by businesswoman Janet Lim-Napoles.

He and another former actor-politician, Jinggoy Estrada, have been detained at the PNP Custodial Center pending trial for the nonbailable plunder charges since June 2014.