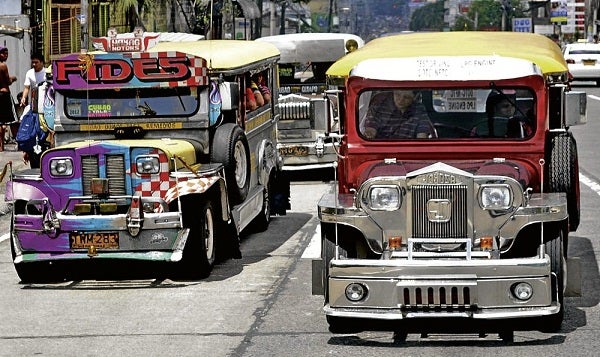 The Land Transportation Franchising and Regulatory Board (LTFRB) granted on Monday the provisional increase of jeepney fare to P8, but ordered that the flag-down rate in taxis be reverted to P40 in certain areas.

The two fare adjustments will be implemented on Thursday at the latest, or a day after the LTFRB has published its order.

LTFRB Chair Martin Delgra III said the adjustments would cover only the base fares in both of the public transport modes as the succeeding rate per kilometer for jeepneys would remain at P1.50.

Taxi operators have 10 days to file their position paper for any request to adjust the waiting time and the succeeding rate for a specified distance, he said.

Early last year, the LTFRB brought down provisionally the flag-down rate in taxicabs to P30.

It permanently implemented the base rate and adjustments in succeeding rates in March, but rescinded the moves a month later due to complaints filed by various transport organizations.

The P30 provisional rate has stayed on since, but has not been followed by most drivers because the meters had not been calibrated to reflect it.

In December last year, the Alliance of Concerned Transport Organizations and three other transport groups filed an urgent motion at the LTFRB to increase the minimum fare in jeepneys, pointing out that fuel prices had risen by as much as P8 throughout 2016.

The groups noted that the increase would provide jeepney operators and drivers “an opportunity to earn and uplift their livelihood.”

Elvira Medina, president of the National Center for Commuters’ Safety and Protection, said her group did not oppose the fare increases, especially in jeepneys, as these could help the drivers provide a more decent living to their families.

Medina noted that the increase would translate to only P100 for a daylong trip.

Gabriela secretary general Joms Salvador, however, believes that if the government is really sincere in its efforts to uplift the lives of drivers, it will not only repeal the oil deregulation law but also introduce a propoor transport modernization program that will ensure job security for drivers and operators.