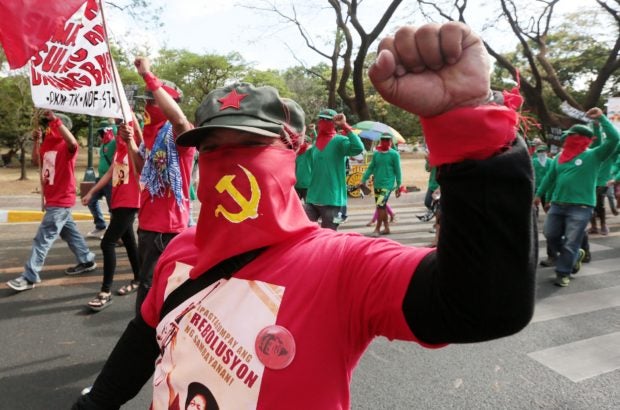 MANILA — The New People’s Army could be held liable for war crime under the International Humanitarian Law because of its alleged ambush of a military convoy before the lapse of its ceasefire, Kabayan Party-List Rep. Harry Roque said.

In a statement, Roque urged President Rodrigo Duterte to enforce the Philippine Act on Crimes Against International Humanitarian Law, Genocide, and Other Crimes Against Humanity, after an armed group attacked the 67th Infantry Battalion in Manay, Davao Oriental, on Feb. 1.

The ambush occurred hours after the Communist Party of the Philippines declared the termination of the unilateral ceasefire effective Feb. 10.

Roque claimed NPA could be held liable for the war crime of perfidy under Section 4(c)(12) of the aforementioned law. Perfidy is an act of betrayal defined as taking advantage of the adversary’s confidence by feigning the intent to negotiate.

“I call on President Duterte to enforce the IHL Act to give justice to 2Lt. Miguel Victor Alejo,” he said, referring to the platoon leader killed in the ambush.

“The better tact is for the government to hold both the armed forces and the NPA to their obligations under IHL,” he added.  SFM