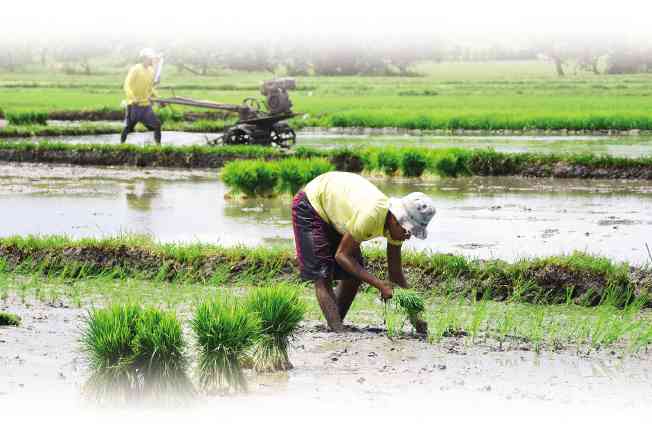 DAVAO CITY – The termination of the peace negotiations brings uncertainty for many farmers  who see the process as a chance for them to attain significant land reform.

Despite setbacks, farmers remain hopeful that the administration of President Duterte and the National Democratic Front of the Philippines will be able to forge agreements on socio-economic reforms, according to Joseph Canlas, chair of the Kilusang Magbubukid ng Pilipinas.  They are now appealing to both Duterte and the communists not to leave the negotiating table for the benefit of millions of poor farmers in the country.

“Farmers want the peace negotiations to continue. We want the peace talks to help address the problem of land monopoly, landlessness of farmers, unemployment and to realize the equitable distribution of social wealth,” Canlas said.

President Duterte on Friday withdrew the government’s indefinite unilateral ceasefire following the announcement of the New People’s Army to end its own ceasefire effective February 10.

The NPA cited the refusal of President Duterte to immediately release 400 political prisoners and the continuing presence of government forces in  communities as the major reasons for the revolutionary movement to terminate its ceasefire.

Canlas said farmers understood the complexity of a peace process but they believed that difficulties in negotiations should not lead to the scrapping of the negotiations altogether.

“The peace negotiation is a separate and distinct track of struggle to press for significant pro-people reforms. While the New People’s Army and President Duterte announced the termination of the unilateral interim ceasefires, it should not hinder the continuation of the talks that is gaining relevant developments with regard to discussions on the Comprehensive Agreement on Social and Economic Reforms (CASER) particularly agrarian reform and rural development,” Canlas said.

Canlas reminded both parties that disagreements over ceasefire and the release of political prisoners should not cancel out the major gains achieved at the negotiating table.

“Based on the reported outcome of the third round of the peace talks in Rome, the government, in principle, acquiesced to free land distribution to farmers and farm workers. That alone, is a milestone with regard to pushing for socio-economic reforms and enough grounds to continue the talks,” Canlas said.

KMP Southern Mindanao spokesperson Pedro Arnado stressed the importance of the peace talks in the countryside, which they call home, where  hostilities have been happening for decades.

“We call for the continuation of the peace talks and compliance to the Comprehensive Agreement on Respect for Human Rights and International Law (CAHRIHL) to avoid rights violations of civilians,” said Arnado.

Arnado said just peace for the farmers would mean “food for our families, education for our children and recognition of our right to the land we till.”  SFM/rga