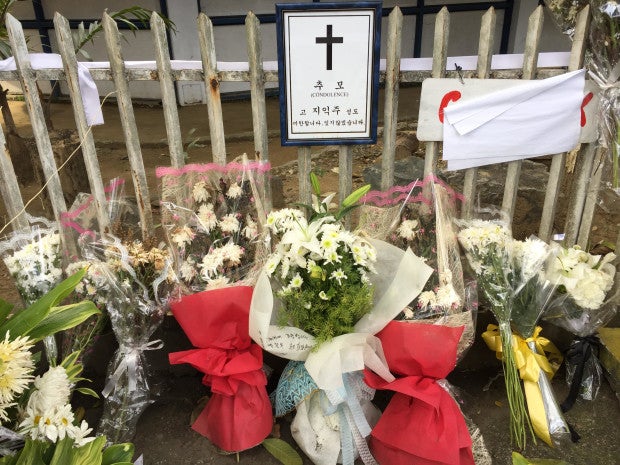 Members of the Korean community in the Philippines and anonymous sympathizers place bouquets of flower, funeral sprays and candles inside Camp Crame where Korean Jee Ick-joo was reportedly killed. JULLIANE LOVE DE JESUS/INQUIRER.net

The memorial will be held at the PNP Multi-Purpose Center at 3 p.m. Jee’s wife and daughter, together with the Korean Ambassador Kim Jae-shi and leaders of the Korean community in the Philippines, are expected to attend.

The memorial is open to the public and all visitors are welcome to offer their sympathies and condolences.

The PNP-public information office has not responded to queries on whether PNP Director General Ronald dela Rosa or any other police officials will be attending.

A daily memorial service will also be held at the center every 3 p.m. from Tuesday to Monday next week.

Jee was abducted from his house in Angeles City, Pampanga, in October 2016 during a fake anti-drug operation conducted by rogue policemen. He was brought to Camp Crame and was believed to have been murdered there, even after his wife paid a P5-million ransom.

According to one policeman who admitted taking part in the bogus operation, Jee was murdered inside a vehicle parked on a lot near the compound of the PNP-Police Community Relations Group. 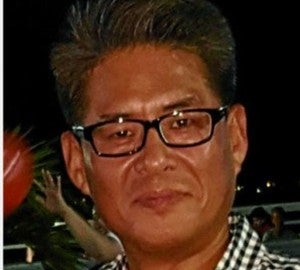 The site has been turned into a makeshift shrine with Korean expatriates leaving flower bouquets and wreaths as well as candles in front of a frame plaque containing a black cross, the word “condolence” and other words written in Korean script.

President Duterte has apologized to the South Korean government over what happened to Jee. The President also ordered the PNP to cleanse their ranks and stop all further anti-drug operations.  SFM/rga