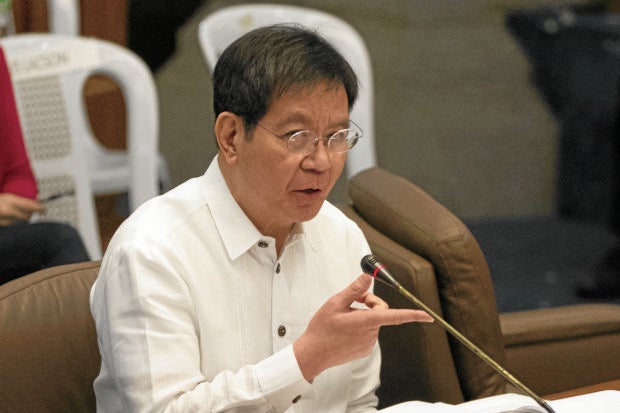 Sen. Panfilo Lacson on Saturday said he had advised the Philippine National Police (PNP) and the National Bureau of Investigation (NBI) to treat any information that a “Korean mafia” was behind the murder of Korean businessman Jee Ick-joo carefully, saying the new angle appeared farfetched.

“If we go by the evidence at hand, the Korean mafia angle is quite a stretch,” Lacson told the Inquirer in a text message. “Having said that, the combined PNP and NBI probers should be very careful in processing information that have suddenly sprouted from various sources.”

The former PNP chief said certain leads from “sources” might be “ill-motivated.” He said such information “could weaken the case.”

Lacson said that in a meeting at his office on Wednesday, he told PNP Director General Ronald dela Rosa and NBI Director Dante Gierran to “work closely together and consolidate all the pieces of evidence, and not be affected by intrigues and disinformation.”

“I told them, the most embarrassing scenario to happen in this case is a dismissal by the court due to conflicting theories and uncoordinated presentation of evidence,” he said.

Lacson heads the Senate committee on public order and illegal drugs, which opened an inquiry into the killing of Jee by a group of police antinarcotics officers.

The Korean businessman was kidnapped last Oct. 18 and killed on the same day. His remains were cremated and flushed down a toilet. The kidnappers later extorted P5 million from his wife.

SPO3 Ricky Sta. Isabel, a major suspect in the case, has denied any involvement and pointed to his superior, Supt. Rafael Dumlao of the PNP Anti-Illegal Drugs Group (AIDG), as the brains.

The group killed Jee “to teach other Koreans involved in online gambling and to scare them, they used Sta. Isabel to make it appear [that Jee’s abduction] was a drug operation,” Dela Rosa said.

A Korean mafia preying on rich Koreans in the Philippines may also have been involved in Jee’s case, he added.

An officer who had served with the AIDG, which was ordered disbanded by President Duterte in the wake of Jee’s murder inside Camp Crame, said the Korean mafia had really intended to kill Jee.

The officer said the AIDG was preparing to raid a big meth laboratory when the scandal broke out.

“We believe that is the ultimate intention in killing Jee in Camp Crame. They (Korean mafia) wanted the AIDG dissolved and make the drug lords happy again,” the officer said.

In an interview with the Inquirer on Saturday, Diaz took a swipe at Dela Rosa and others who are “floating” the “Korean mafia” angle.

He urged investigators to follow the evidence, which he said would show, as the NBI investigation had concluded, that Dumlao masterminded Jee’s kidnapping and Sta. Isabel executed the plan.

“They want the people to believe that everything about the (Jee) case started with the NBI. How convenient can that be?” Diaz told the Inquirer. “Do not speculate, do not create scenarios, stick to the facts.” —WITH A REPORT FROM ARLYN DELA CRUZ