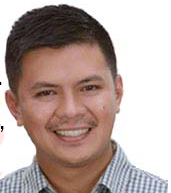 CEBU CITY—Mayor Gungun Gica of Dumanjug has been ordered dismissed from service after he was found guilty of dishonesty and grave misconduct by the Office of the Ombudsman.

The Ombudsman also found probable cause to file charges of malversation of public funds, falsification of documents and violation of the Anti-Graft and Corrupt Practices Act against Gica who was serving his first term as mayor of Dumanjug, about 74 km southwest of here.

Gica said in a phone interview that he would file a motion, asking the Ombudsman to reconsider its decision.

He claimed that the decision was based on a technicality because he was not able to submit a counter-affidavit to refute the allegations.

The Ombudsman order stemmed from the complaint filed by Gica’s arch rival and predecessor, former Dumanjug Mayor Nelson Garcia who claimed that Gica bloated the amount in his liquidation report and falsified documents to cover it up.

According to Garcia’s complaint, Gica submitted a report that he spent P28,565 of the P50,000 in cash advance to pay for the dinner of the barangay (village) officials who attended the Association of Local Barangay Officials (ALBO) seminar.

Garcia said that Gica falsified his liquidation report, alleging that only P11,435 was actually paid for the dinner based on a supposed certified true copy of the original receipt issued by Ding Qua Qua Dimsum, where the ALBO dinner was held.

Garcia accused Gica of bloating the number of attendees when the latter claimed that 100 went to the dinner when there were only 39 attendees.