Sandiganbayan to go ahead with ex-Pagcor chief’s graft trial 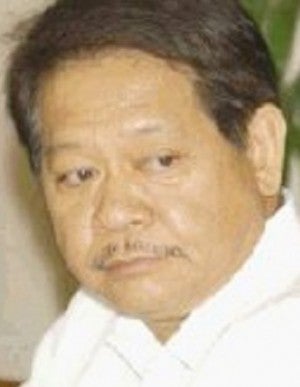 MANILA — The Sandiganbayan has affirmed the finding of probable cause to try former Philippine Amusement and Gaming Corp. chairman Efraim Genuino over the allegedly anomalous release of P37 million for the training of Olympic swimmers at the college his family owned.

In a 12-page resolution dated Jan. 26, the court’s Third Division junked the appeals by Genuino and two co-accused on its denial of their motions for judicial determination of probable cause.

The court found the appeals “devoid of merit” for failing to raise new arguments that would warrant a reversal of its ruling that allows the Office of the Ombudsman to prosecute the case in a trial.

Genuino, along with former PAGCOR senior vice president Edward King and vice president Ester Hernandez, had questioned the filing of the charges arising from the release of the funds from 2007 to 2009 for the training program held at the Genuino-owned Trace College.

The court reiterated that Genuino could not disclaim his “direct interest” in Trace College, even as his wife and son held the college’s presidency at the time. It also found “impossible” the scenario that Genuino did not know that the Philippine Athletic Swimming Association, Inc., would use the Trace College facility.

“In fact, this could be the only reason why he chose to inhibit himself in the deliberations of matters pertaining to the PASA during the Board meetings,” stated the resolution. It added that there was no evidence that Genuino informed the PAGCOR board of his substantial interest.

In any case, Genuino authorized the release of the funds to PASA, the court said.  SFM