Espinosa slay case up for resolution 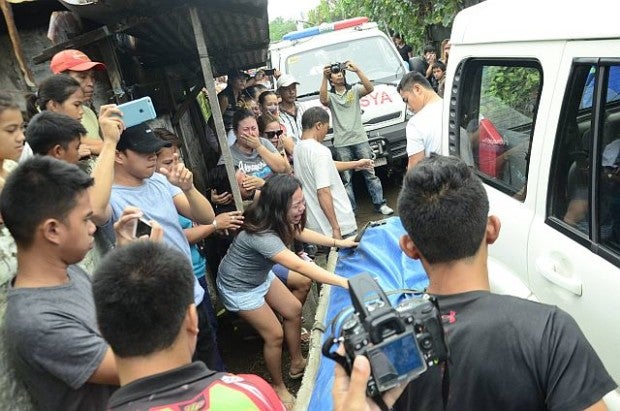 The Department of Justice (DOJ) has already submitted for resolution the criminal case filed by the National Bureau of Investigation (NBI) in connection with the death of Albuera, Leyte Mayor Rolando Espinosa and another inmate, Raul Yap, inside Baybay, Leyte last year.

A five-man panel of prosecutors led by Senior Assistant State Prosecutor Lilian Doris P. Alejo has submitted the case for resolution following the submission of counter-affidavits by the respondents.

A separate perjury complaint has been filed by the NBI against PCINSP Leo Diao Laraga, PO3 Norman T. Abellanosa and Paul Olendan for maliciously obtaining a search warrant.

During the hearing, the respondents filed a supplemental counter-affidavit to answer the complaint affidavit filed by Espinosa’s son, suspected big-time drug lord Kerwin Espinosa, against the same respondents.

“Just reiterated the differences that had been raised in the main counter-affidavit because if you would like to recall, the charge or allegations contained in the complaint-affidavit of Kerwin are just reiterations and hearsay allegations based on the investigation and complaint filed by the NBI,” said Atty. Roland Inting, one of the 12 lawyers representing the 24 respondents.

Kerwin filed a complaint which was basically similar to the complaint filed by the NBI.

“Kerwin just quoted and relied on the reports of NBI and adopted as if it is his own and in fact, he was not there. He was not a witness,” Inting noted.

For Kerwin’s part, lawyer Leilani Villarino said that there has to be a private complainant being that Kerwin was also the son and the complaint was basically similar to the complaint filed by the NBI.

“Manifested before the panel that the affidavit of Kerwin was just a reiteration of a complaint -affidavit of NBI. Kasi nga wala siya dito. Definitely wala siyang personal knowledge as to the commission of the crime. But being the son of Mayor Espinosa, there has to be a private complainant on this case because Kerwin wanted to participate on the prosecution of the case. That is why nag-execute siya ng affidavit. We are happy that preliminary investigation is over and the case is for resolution,” Villarino explained.

Investigation conducted by the NBI showed that Espinosa and Yap were killed defenseless by the police in the guise of an anti-drug raid. JE/rga