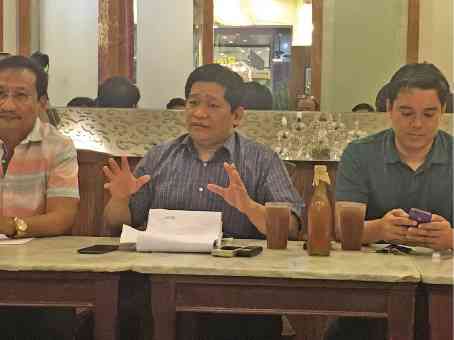 An anticorruption group on Tuesday filed an administrative complaint in the Office of the Ombudsman against a top official of the Subic Bay Metropolitan Authority (SBMA) for allegedly performing duties outside his function as an officer in charge (OIC) administrator of the agency last year.

The complaint said Escolango “neither had the legal right nor the authority to issue the subject office orders.”

“The OIC has no power to appoint unless the designation issued by the proper appointing authority includes expressly the power to issue appointment,” it said.

Sought for comment, Escolango said his authority was contained in a memorandum issued by Executive Secretary Salvador Medialdea on Oct. 19 last year.

“I was mandated by the Office of the President to act as OIC administrator and I only did what I was tasked to do,” he said.

Medialdea, in the memorandum, said Escolango’s designation was “in the exigency of service” and would ensure “uninterrupted delivery of public service.”

“Had I not acted according to the duties of an OIC administrator, the day-to-day operations of SBMA would be hampered and this would have caused a huge negative impact on our investors and employees,” Escolango said.

Earlier, SBMA Chair Martin Diño questioned Escolango’s designation as OIC administrator after he challenged an executive order splitting the leadership of SBMA between the chair and the administrator.