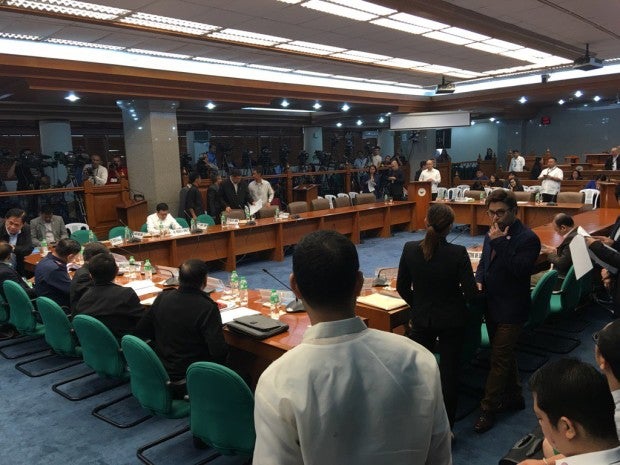 Senate blue ribbon committee set to resume probe on the P50-M bribery scandal at the Bureau of Immigration. MAILA AGER/INQUIRER.net

The Senate blue ribbon committee has resumed its investigation into the P50-million bribery scandal at the Bureau of Immigration (BI) allegedly involving some of the agency’s officials.

Also present were Philippine Daily Inquirer columnist Ramon Tulfo, and representatives of the National Bureau of Investigation, Philippine Amusement and Gaming Corporation, City of Dreams, and Shangri la The Fort.

The committee conducted its first hearing on the issue last January 23. CDG/rga