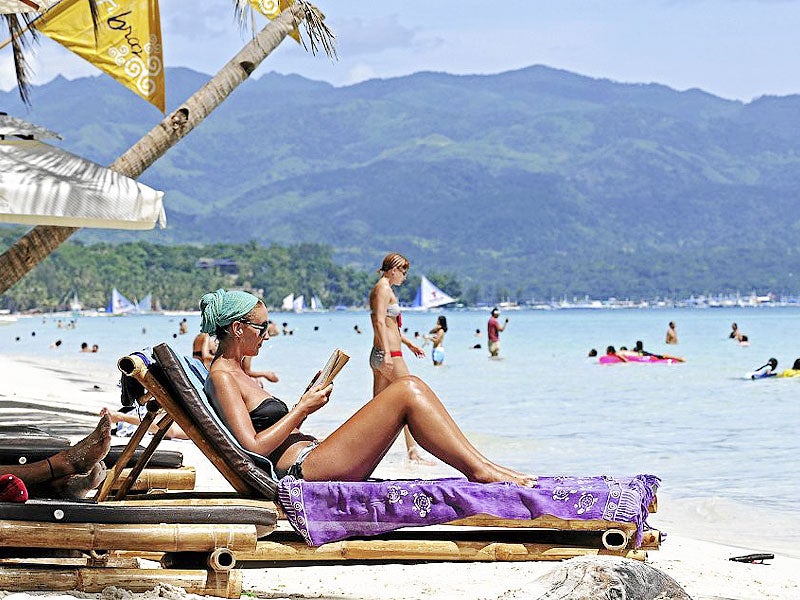 ILOILO CITY—Police are deploying hundreds of officers and men to the world-famous Boracay Island to secure delegates who would attend one of the key meetings being held in preparation for the holding of the Association of Southeast Asian Nations (Asean) summit in the country.

Boracay is the venue of the Senior Officials’ Meeting and 23rd Meeting of Asean Intergovernmental Commission on Human Rights from Feb. 13 to 15.

The island in Aklan province, famous for its white sand beaches, will also host the Asean Ministerial Meeting Retreat from Feb. 19 to 21.

SPO1 Nida Gregas, public information officer of the Aklan provincial police office, said at least 2,800 police officers and men and some 200 volunteers would be tapped to secure the venue of the meetings and other facilities that would be used by Asean delegates.

The security teams would guard airports in the capital town of Kalibo and the village of Caticlan in Malay town, which has jurisdiction over Boracay.

Jetty ports, billeting areas and roads to be used by delegates would be secured, too, according to Gregas.

Army soldiers and members of the Coast Guard would be tapped for security also, she said.

Thousands of delegates from Asean’s 10 member-countries are expected to be in Boracay during the meetings.

Traffic would be rerouted in the 1,032-hectare resort island, Gregas said.

Other Asean meetings would be held in Iloilo City and Bacolod City in March.

Read Next
MMDA sues errant bus personnel
EDITORS' PICK
SSS: Members on home quarantine due to COVID-19 can apply for sickness benefit
Gear up and get ready to play with Yamaha Mio Gear
Mobile COVID-19 vaccination for commuters, transport workers set at PITX
Kalinga, Ifugao, Mt. Province, N. Samar will be under Alert Level 4 from Jan 21-31
PH to send 584 athletes, 161 officials to Vietnam SEA Games
Acer starts the year off strong with the Aspire Vero National Geographic Edition
MOST READ
Imelda Marcos trends on Twitter after octogenarian jailed for allegedly stealing mangoes
Mayor Vico counters vice mayor: ‘Did I say anything about his family?’
PH 51st on list of world’s most powerful militaries
‘Unbelievable!’ Pacquiao hits DA’s plan to import 60,000 MT of fish
Don't miss out on the latest news and information.