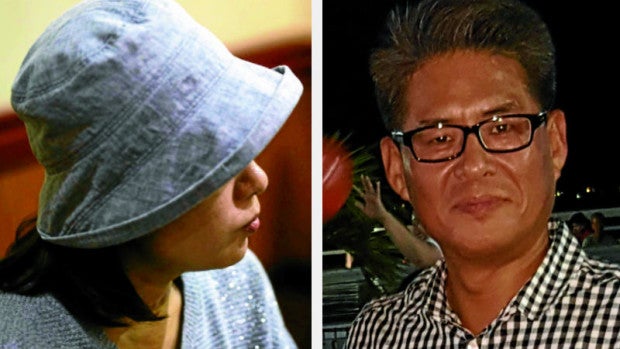 Sen. Risa Hontiveros on Friday said the abduction and murder of South Korean businessman Jee Ick-joo allegedly perpetrated by police officers should not be used as a justification for the reimposition of death penalty.

A staunch opponent of capital punishment, the lawmaker said that while House Bill No. 1 continues to gain ground in the House of Representatives, she still hopes the measure would be halted in the Senate.

“I believe no case, even this ‘tokhang-for-ransom,’ would be reason enough to reimpose death penalty,” Hontiveros told reporters.

“No matter how heinous the crime, death penalty would remain cruel, degrading and antipoor,” she said.

The House justice committee approved the substitute bill for the return of capital punishment in December. It will be discussed again in the plenary beginning next week.

The measure proposes that death penalty be imposed on 21 major offenses, including kidnapping, murder, rape, plunder and dangerous drug offenses.

Hontiveros expressed her opposition to the measure before a hundred religious leaders and professors from the Philippine Council of Evangelical Churches in Quezon City.

Justice Secretary Vitaliano Aguirre II was reportedly invited to the forum to present arguments in support of capital punishment but failed to make it.

In her speech, Hontiveros slammed the recent comment of fellow lawmaker Sen. Manny Pacquiao on his support for the death penalty.

The boxing icon-turned-politician, a vocal proponent of capital punishment, even cited Jesus Christ in his justification.

Without naming Pacquiao, Hontiveros said, “Unfortunately, I believe the lawmaker’s statement is not only misguided, but also un-Christian.”

Pacquiao, who had filed Senate Bill No. 185, recently said that death penalty will help curb the drug problem.

But several studies already showed that capital punishment is not a deterrent to crime, Hontiveros said.

“Death penalty will drive our nation further into a pit of fear… and will lead to fracturing of communities,” she said. The lawmaker cited the rising death toll in the Duterte administration’s war on drugs, which has reached over 7,000 in less than seven months.

Hontiveros also stressed the irony of the possible return of capital punishment in the light of the recent execution of Filipino domestic worker Jakatia Pawa in Kuwait.

“We are the first country to ask for mercy whenever an overseas Filipino worker gets placed on the death row, so it is ironic to lobby for the return of death penalty in our country,” she said.