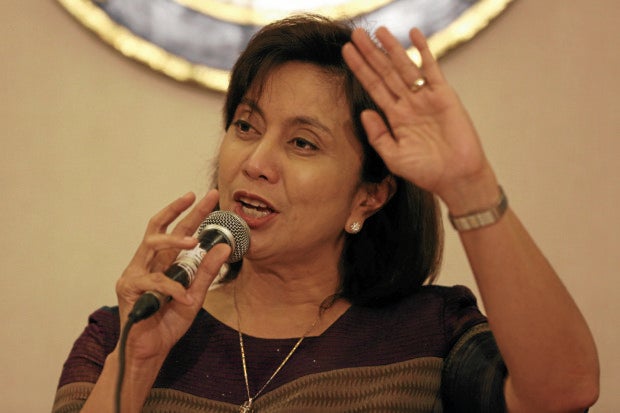 It’s a shame that Filipinos these days seem to be more scared of the police than drug addicts as a result of “tokhang-for-ransom” cases, Vice President Leni Robredo said on Friday.

“Now many people are asking, ‘Who do you fear more: drug addicts or the police?’” she said in reaction to the simmering controversy involving police scalawags who allegedly used the government’s bloody war on drugs to extort and kill innocent civilians.

“It sounds bad to the ear. It’s hard to swallow because we know that many fine members of the institution are being dragged down [by this perception],” Robredo said in an interview with local media in Bulacan province.

She said it was upsetting to see the reputation of the Philippine National Police be so tainted, especially so as the widow of former Interior Secretary Jesse Robredo, who once supervised the police force.

“I still think that the PNP has improved, to an extent, and many PNP members are still firm in their determination to help,” Robredo said in Filipino.